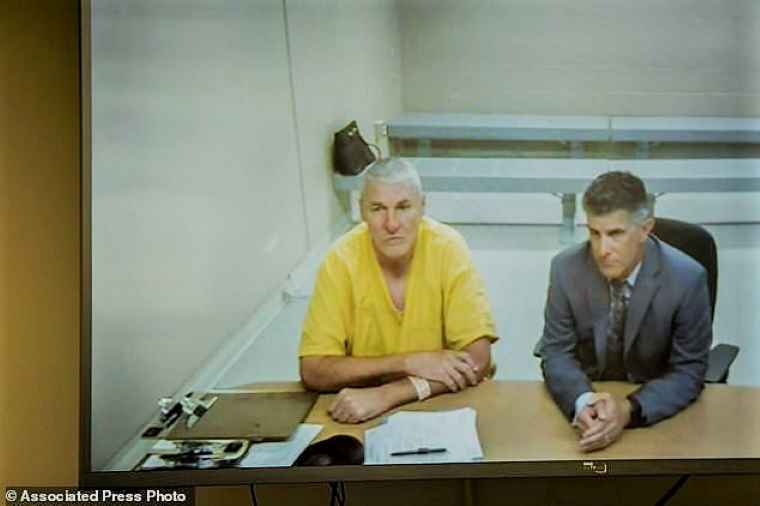 Former Washington Redskins quarterback Mark Rypien acknowledged to a Washington police that he struck his wife, Danielle Rypien, during a domestic dispute. But, later on, his attorney contended it was self-defense.

In the video, it could be seen that Danielle Rtpien was crawling on the ground and trying to get her breath when his husband struck her. Mark admitted that he hit his wife on 30th June when they were driving a car together.

The Washington judge dismissed the fourth-degree assault charge against Rypien last month. Rypien stated to the police; she had the wind knocked when I threw her hand off me. She tried to cover my face, and I was scared we were going to get in a wreck.

Rypien claimed that he and claimed they were having an argument when she covered his eyes. He knocked the wind out of her as he attempted to push her hands away from his face. According to the police, he said she hit him with a cell phone, poured water on him, and removed the keys from the ignition.

Moreover, an officer confirmed the driver’s seat was wet. Another video released of the immediate aftermath of the incident showed Danielle crawling in the grass along the side of the road. She was seeking to catch her breath. It is not clear who is responsible for recording the incident.

Police noted that she was struggling to breathe when catches her breath. Danielle started defending her husband and insisted that he was sick from the history of concussions. Danielle asked a witness to call 911 and begged officers not to arrest her husband. She asked the officer, what do I have to say that you arrest me and not him?

She sobbed to the police, you take this man to jail, and you are hurting the whole community. Moreover, he raised money for cancer. It will hurt his reputation as he can’t come back from and I’m begging you.

Rypien was arrested a day for alleged fourth-degree domestic violence against his wife. He admitted he has a probable diagnosis for CTE, a degenerative brain disease associated with many head injuries.

Rypien released a statement in which he wrote that he did not assault his wife. According to the statement, she put her hands on my face and blocked my view of the road while I was driving.

Rypien was a leading former football player who won a settlement from the NFL related to CRE in 2013. Many players reported a wide variety of problems related to homelessness, suicide, erratic behavior, and deaths. Rypien made it clear that his history of head injuries is unrelated to this particular incident.

Moreover, he said, I have a team of doctors, counselors, other professionals who help Danielle and I manage this condition. In these conditions, there is a plan in which we learn how we deal with episodes of irritability, anger, and those episodes.

He said the story is impactful because people see me in a different light. I have been down the darkest path. I have made some horrible, horrible mistakes. Moreover, he said he gave himself chances to progress forward. He was a native of Calgary who played for Washington state; he won Super Bowl XXII.

Alternatives To A Rolex But On A Budget!