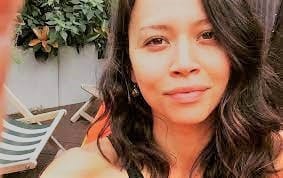 Melissa Oneil is a Canadian singer and actress who was born on 12 July 1988 in Calgary, Alberta, Canada. The stunning Melissa became the first woman to win Canadian idol. Her Chinese name is Oh Seemun that was given by her maternal grandfather.

Melissa was not only the first but also the youngest winner during 2005. She was only 17 years old when she won Canadian idol. Melissa contracted with Sony B>M>G Canada and released her first album that hit across the world.

She performed very well in musical theatres. Melissa showed astonishing roles in high school musicals, dirty dancing, and Jesus Christ Superstar. Moreover, she played an amazing role in the films, and one of the best was The Rookie and Dark Matter.

Her most famous singles are Let It Go and Speechless, went viral, and almost 50,000 copies were sold out in Canada. The popular musical Icon is earning almost $8 million. She is unmarried, yet and according to rumors, she is in a relationship with Matthew Rossoff.

FIFA 21: Release date and all the Details of the game!