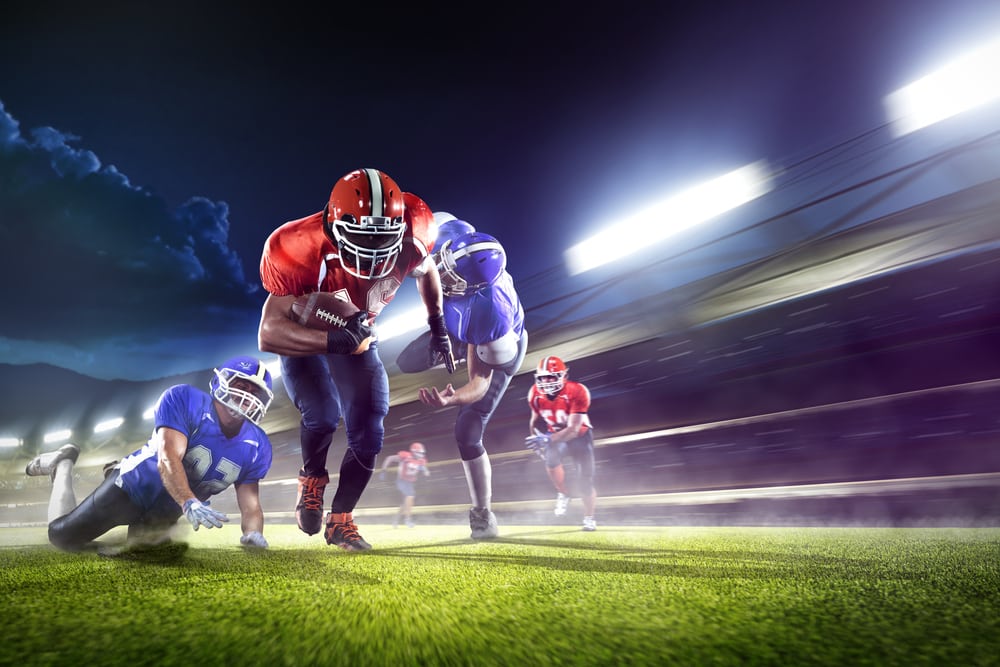 What is American Football?

It is a tough, physical game that requires a wide variety of attributes including explosive power, agility, strength, speed, and both physical and mental toughness. There are huge collisions and intricate plays that are made by the 22 players on the field.

These games can take up to 3 hours, and may look rather complex, however, when you break it down it is not all that hard to understand, and it is a really easy sport to pick up on.

So, let’s give you a brief introduction to this epic sport so the next time you tune in to watch a match, you can enjoy it even more.

The NFL, stands for the National Football League, and it is the absolute pinnacle of sport in the US. It is made up of 32 teams which are split into two conferences, the AFC and the NFC (American Football Conference and the National Football Conference). Inside each of these two conferences are four divisions, like on a compass they are; North, East, South, and West. Each of these divisions has four teams on it.

The high point of football season is the final championship game, ‘The Super Bowl’, which is played by each conference’s champion. This game is estimated to be watched by at least half of all the households in the US, and it is broadcast to around 150 nations around the world.

The NFL has also decided to spread outside of the US, operating a now defunct developmental league, NFL Europa, which had teams in five German cities and one in the Netherlands. And the professional Canadian Football League, who play under slightly different Canadian rules, but have the same basic principles.

What there is to know about the teams.

Each team will have specialists, some for defense, some for offense, and then special teams. However, no team will ever have more than 11 players on the field at any one time. In the NFL, there are allowed to be 46 active players on game day, which is why you will see so many players standing along the sidelines.

Playing on the clock.

A game of American football is divided into four fifteen minute quarters, which are separated by a 12-minute break at halftime. There are also two-minute breaks at the end of the first and third quarters as the teams will change ends of the field.

Then at the end of the first and third quarters, the team who have the ball will remain in possession of it as they head into the following quarter.

Each offensive team will have 40 second from the end of any given play until they snap for the ball at the start of the next play, otherwise they are penalized.

If a game is tied at the end of 60 minutes, a 15-minute overtime period is played. In the NFL, the first team to score a touchdown wins. However, it is also possible that a field goal can win a game in overtime as well, but this is only possible if both teams have had possession of the football in this time.