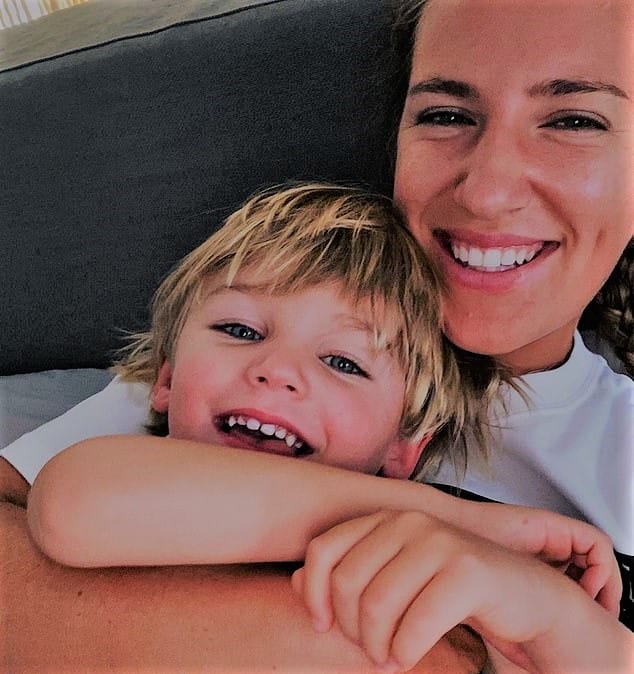 The world number one and US Open finalist Victoria Azarenka is set to take part in her first Grand Slam appearance since 2013. She is the number one tennis player who took time away from tennis to give birth to her son Leo in December 2016.

She separated from his father, Billy McKeague, in August 2017, leading to a lengthy custody battle. A year ago, he gave birth to her son Leo in December 2016. Once, she was forced to withdraw from the remaining tournaments that year.

In April 2018, she said, I would not wish that on anybody to go through what I have been going through. According to reports, the tennis player won the custody battle and was living with her son during the lockdown. Billy is the son of Lynn McKeague and Chase McKeague and lives in St.Louis.

She got to study at the University of Missouri; he went on to earn a job as golf in Hawaii, where he met Victoria. The couple started dating before Victoria bought a home in Manhatten Beach, California, where they moved in.

Victoria separated from her boyfriend, Billy Mckeague, after Wimbledon 2017. Azarenka’s custody battle over their son Leo started. The proceeding was supposed to be resolved in 2017. Billy and Victoria were not agreed on custody terms and became trapped in a bitter custody battle.

According to rules, being a non-American, she could not take her son out of California; she decides to withdraw from the tournaments so that she could stay with Leo.

In 2017, she writes a statement, “As we work to resolve some of thee legal processes, the way things stand now is that way when I can play in the US Open this year if I leave Leo behind in California that I can’t do.

According to some reports, Azarenka had won an early round of US custody proceedings with a LA judged when the case took place in Belarus rather than Los Angeles. Well, she split from her boyfriend and father of Leo in 2017.

Once, she said in 2018; I would not wish that anybody to go through all these I have been going through, but it’s a part of life, and there are blessings in some situations. I am free but definitely quite difficult to play or focus on tennis.

I will write a book about this that would be Hollywood-worthy for sure. But at this time, I just want to keep it private. Unfortunately, it’s not a great time, but all are part of life; I am going over 30, but I’m okay with that as I am still young.

Well, in 2018, the California Courts of Appeal ruled that the Los Angeles superior court did have jurisdiction over the child custody case over the Belarus jurisdiction decision. Victoria won the custody battle against Billy. She remained in quarantine with Leo during the coronavirus lockdown.

Furthermore, she said, she has a competitive streak in this duration. It was challenging for me because he always wants to win everything, but I like to win as well. Now Victoria is living with her son in California.

She is ranked 27th best tennis player in the world at this time. Now she is mentally prepared for the US Open final. Seven years ago, I was playing with consistently good results as it was kind of expected for me to be in the final, and I won the Australian Open.

Her Instagram page is full of snaps with her young son. She really enjoys motherhood at the pool together. Victoria said that she identifies herself not only as a mother, also as a tennis player. A woman who has dreams, goals, and passions.

Victoria feels happy all the time after becoming a mother and won the custody battle. She said women who are able to fulfill their dreams and maintain motherhood all are heroes.

Her coach is confident ahead of the US Open final because she is in top form. she also said she is ready, to be honest, as she worked a lot the last few months. Victoria worked on her fitness every day.