It’s Time To Go Back To Play No Man’s Sky!

Read about the fall and return of one of the most overhyped games of the decade. Why you should give No Man’s Sky and Hello Games a second chance 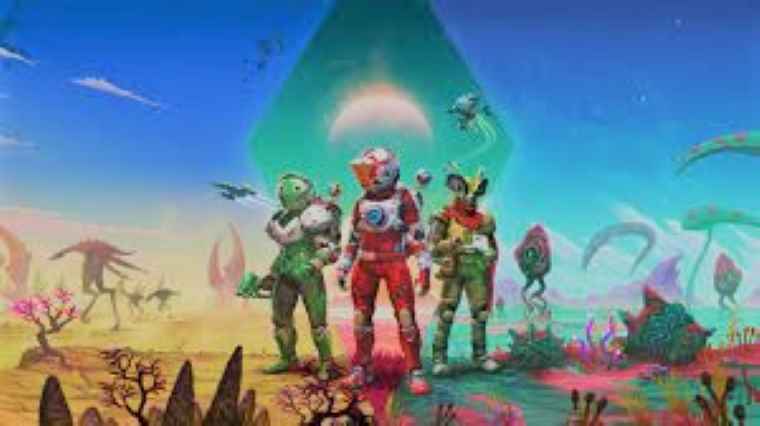 Time For A Second Look At No Man’s Sky

No Man’s Sky was possibly one of the biggest launch failures we have seen in many years, rivalled potentially only by Cyberpunk. Where cyberpunk may have been a broken game at launch, No Man’s Sky was not only broken, but a world short of what had been promised by the developers of No Man’s Sky, Hello Games. Anybody who played games at the time will surely remember the sheer outrage of the community, causing one of the biggest refund waves the gaming world has ever seen.

That’s the part most people remember, heard about the train crash, which was No Man’s Sky, vowed to never pre-order a game and moved on with their lives.

The aftermath looked grim for Hello Games, managing director Sean Murray, obviously disappointed with his own performance, had not seen the end of the community backlash. Sean and his family received several death threats from disgruntled players who saw fit to try and make Sean’s life a living hell. Sean and his small team decided that instead of trying to defend themselves or making more promises, the damage had been done.

The only thing they could possibly do to right the wrongs was to fix the game to the best of their ability, so that’s what they set out to do. Fix No Man’s Sky and bring the game that was promised to those few who had not refunded the game already. They went completely silent to the world and got to work.

Hello Games worked themselves into the ground in order to bring out the game that they had once promised. Update after update, they not only fixed existing bugs, but also launched new features. Some features released were the features promised to be in the initial game but weren’t, others were features we never expected.

By the time the next update launched in 2018, it was widely agreed that they had managed to finally fill the expectations that were created years before. Finally, we had received the game that was promised, but Hello Games was far from done.

The updates didn’t stop rolling in, and the best part is, all of these new features which were not promised, were launched completely for free. This may not seem like a big deal until you look at the rest of the industry, who seem to enjoy charging extra for small features. Hello Games brought us a next generation update, VR support, a more multiplayer focused experience than we had ever hoped for and hundreds of other features all for free.

At the end of the day, in the hype of the game, Sean Murray and team did not do a good job of managing expectations. It seems that he was looking for it at a standpoint of what they were able to achieve and not taking time and budget constraints into account. It is unfortunate that it had the rocky start that it did, but without the problems, who knows if we would have the amazing game we have today.

Should You Play It

If you have any urge to play a space related, multiplayer, exploration and survival game, there isn’t a better fit out there than No Man’s Sky is. If it’s not your cup of tea, then play the Bingo Canada offers instead. If you own the game and have just never played it again after the mess of a launch, now is really the time to try No Man’s Sky again.

The Best Ways Ro Prevent Back Aches And Pains!

Why You Should Wear A Not-Smart Wristwatch