Avengers: Endgame: What Disappointed You About?

Jesus Christ! Not only does this film according to the expectations as a film, but it also surpasses them. There are quite a few things I like about this film, so this review may take a while to read.

Firstly, the Russo brothers show deep appreciation for the MCU. The effort they put in for this film is visible with so many awesomely-handled pivotal moments in the film’s plot. It seems that many of the MCU’s best films are directed by Anthony and Joe Russo, and that doesn’t surprise me one bit.

Compared to many MCU films, the acting in this film is phenomenal. Everyone in the cast deeply cares for this film. And you can tell that they all understand the significance of this feature. Shout out to Jeremy Renner, who portrays Clint Barton/Hawkeye, who’s a character developed into something new and better in this film. Fans are looking forward to seeing the character in future sequels.

Alan Silvestri is a master of musical scores in media. In both Endgame and Infinity War, his music adds so much tension to nearly every scene that it appears in. It believes that Silvestri has propelled himself to be one of the great film composers with individuals like Hans Zimmer and John Williams with his involvement in the MCU.

This film’s action is perfectly balanced with the more down-to-Earth scenes in the film, which I’ll get into later. The climactic battle, in particular, is a masterpiece to behold. Every character in that scene is just the amount of screen time they deserve. This scene should be enough to impress any comic-book fan.

The visuals, as is the case with much of the MCU, is flawless. The attention to detail in such characters as Thanos or Rocket is beautiful. Moreover, nearly every bit of CGI you get in these films is a bonafide work of art.

It’s kind of stupid to see all the superheroines magically showing up in the same location for the scene even to happen. Still, I can relate to that, especially after considering that this conflict between the superheroes and Thanos’s army has many character reunions and paused moments than it realistically should.

My problem with that scene is that they decided to show up and help the one person who doesn’t need it: Captain Marvel! 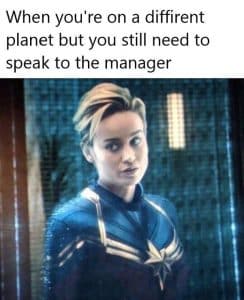 She destroyed a giant-ass heavily armed spaceship right after entering the planet’s atmosphere. 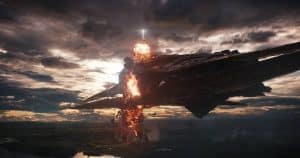 He was then able to restrain Thanos a few minutes later, while he owned all the six infinity stones. 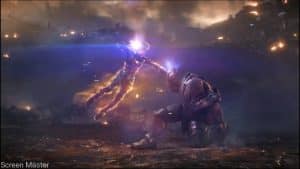 By taking her achievements into account, the other heroes seem pretty useless by comparison. She definitely could’ve stood up against an entire army using just one hand while holding the infinity gauntlet with the other one, and yet, this whole “Girl Power” scene seems to suggest otherwise. It is understood that if Peter had handed over the gauntlet to another one of the superheroines like Okoye or Pepper Potts, but Captain Marvel? Seriously?

Is she the strongest marvel hero or not? Make up your goddamn minds, Russo Brothers. Regardless, the viewers still liked the movie a lot.

Finally, this film’s emotional weight is truly stronger than that of any other MCU film by far. It’s unbelievable how it could top Infinity War. The opening scene is pretty well doing because it was genius to make the first scene spectacular.

Overall, viewers are so happy that the finale to a 22-film story is this film. This film will probably be considered a classic in around a decade. This film never fails to disappoint. Anyone who doesn’t enjoy this film will say that they cannot be called a fan of the MCU.

How Can You Find Best ReactJS Development Company