MCU may be losing some fans, but Marvel is undoubtedly starting to disappoint some of its fans. The only reason for this is that the MCU isn’t what it was ten years ago.

Marvel’s only focus was to make movies, not to build a franchise but to entertain people and give them something to cheer about. They didn’t have to provide content to introduce new characters.

With the end of The Infinity Saga and Disney buying Marvel, MCU suddenly chooses to deliver eight projects a year. Remember that quantity is not a problem. The lack of focus is. 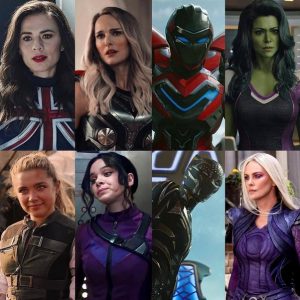 That brings out 5 Main Reasons why the MCU is disappointing its fans:

We’ve always mentioned since the beginning of Phase 4 that Marvel Studios will rain fire characters and then decide later which ones to choose for Avengers. The result is:

Every original Avenger now has a counterpart that means nothing to me. All of them are just cheap copies of the original Avengers. None of them can ever be as promising and relentless as the OG’s were. Instead of this, Marvel could have stuck with the approach of introducing new characters like Shang-Chi and Eternals.

The plot for most of the Phase 4 projects has been weak. Phase 4 movies, although with reasonably average stories, have worked out for Marvel.

But when it comes to TV shows, things are different. Except for Loki and WandaVision, all the Disney+ shows have been terrible and have offered the audience nothing. The plot for all the shows doesn’t have anything but keep the show stalling, only to provide a middle finger in the end.

It was the strength of the MCU in The Infinity Saga and is partly responsible for making Marvel Studios the brand it is today.

Sadly, Phase 4 lacks Character Development for all the new characters that have been introduced. The new characters are either already developed with word-building (Shang-Chi) or are too perfect for connecting with (She-Hulk).

The stronger the villain is, the more fun to see the protagonist (hero) make himself ready for the villain. Phase 4 has had some of the worst villains (TFATWS, Hawk-Eye, and MS Marvel), very weak villains, or villains who changed their hearts in the climax.

It points out that villains were there just for a formality and that their purpose was too weak for them to remain imperfect, so they changed sides in the end.

This point is much more applicable to Disney+ shows. Except for Loki and WandaVision, the theme for all the TV shows has been lighter.

Therefore, it means that the fighting scenes had too many edits, and there was hardly any blood in the fight to make the scenes seem real. To sweeten this, Marvel even made Daredevil children-friendly.