A Canadian woman launched a disturbing racist tirade on an Asian motorist during a Friday parking lot dispute and soon may face criminal charges. According to the Canadian Broadcasting Corporation, “Carla Waldman  of British Columbian woman admits she is the white retiree yelling racial slurs and xenophobic attacks at an Asian Woman named Any Xu Friday.”

Any Xu told CBC her three-year-old daughter took his mother to a doctor at an office at the mall. It Happened before returning to find someone’s else car bumper and extended over its designated parking spaceline and touching their vehicle’s bumper.

She waited for the driver, who turned out to be Waldman, to return before confronting her poor parking skills.  This Canadian woman launched a disturbing racist tirade on an Asian motorist during parking and now may face some criminal charges. 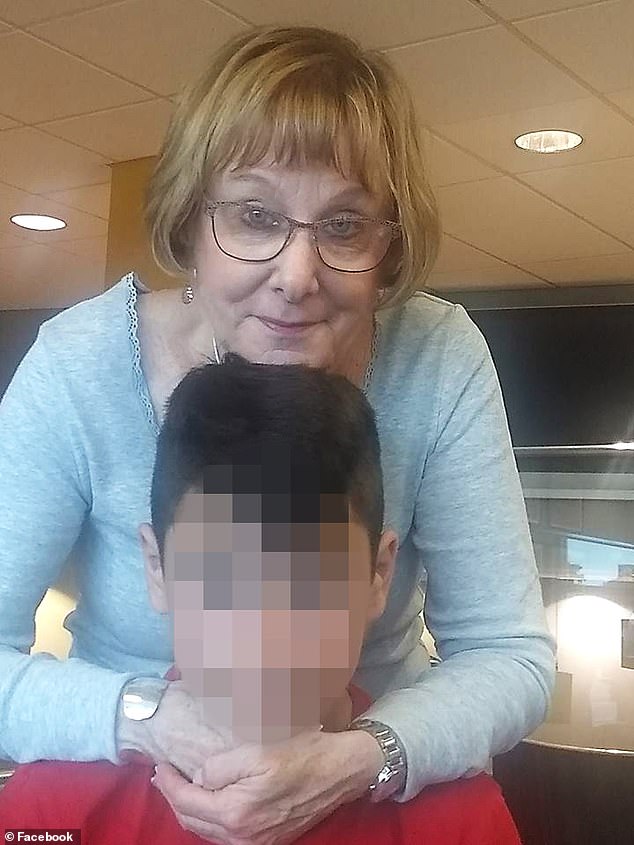 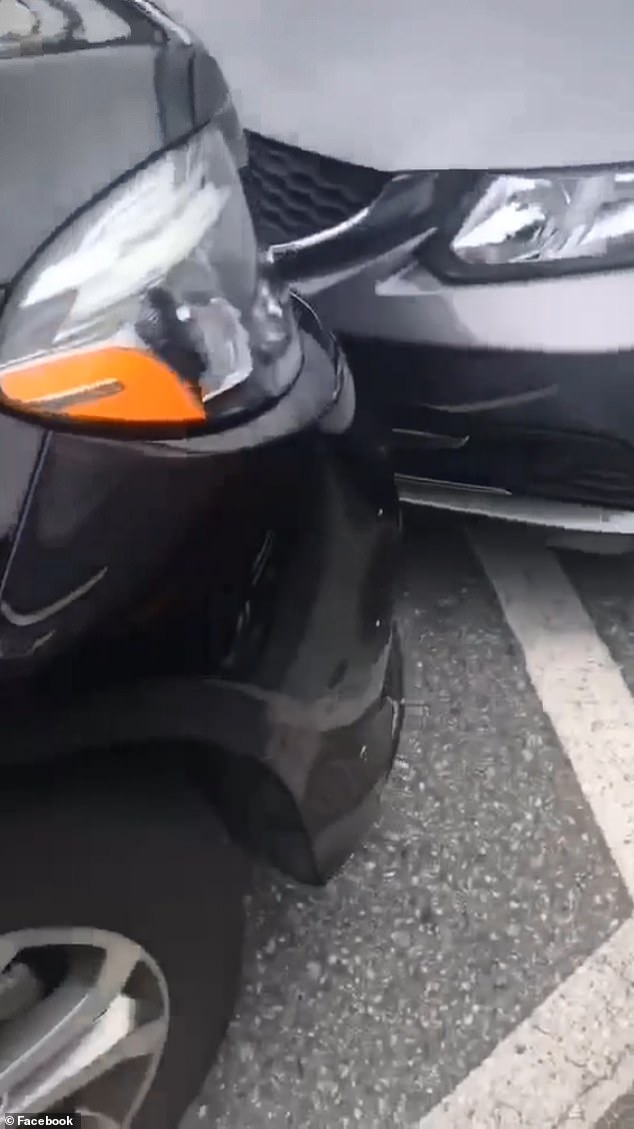 After returning to the vehicle in the parking lot, she saw someone’s bumper was touching hers and waited to comfort the driver of the car. 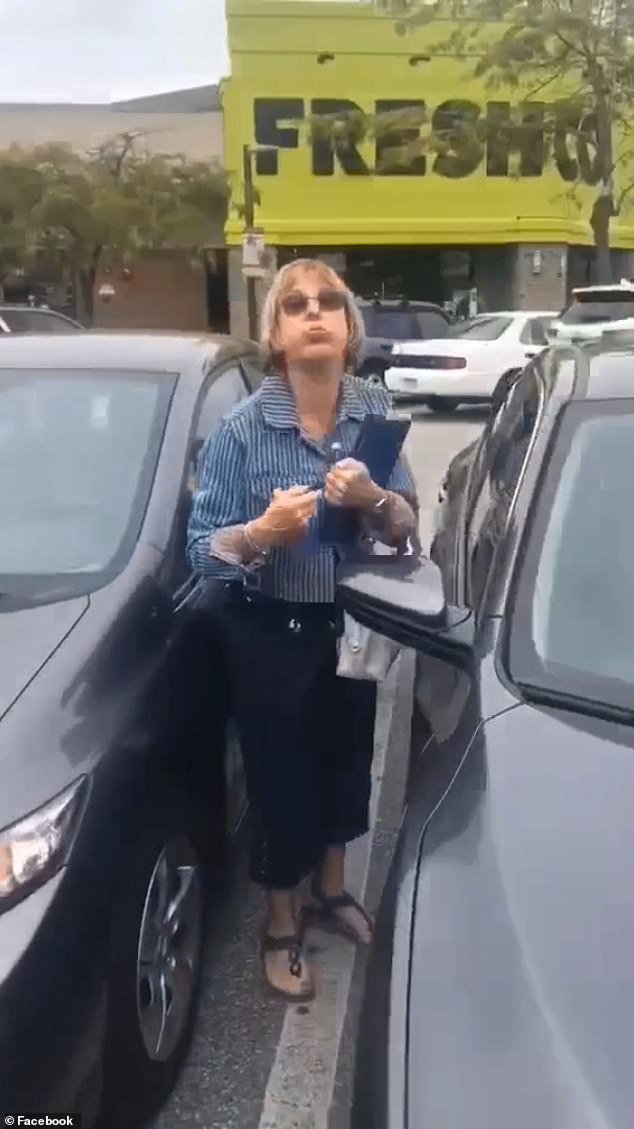 Carla Waldman is seen in a video calling Xu, a Chinkly Chinky China lady, a f*cking c*nt and told her to “Go back to China where you belong.” She recorded the ensuing argument on cellphone video before uploaded on the mobile app WeChat. The video went viral and ended up on Facebook, Youtube, Twitter, and Instagram.

The video starts with Waldman insulting Xu while walking back to the car. She told Xu before using her tongue to blow a raspberry at the Asian woman like a cartoon character, “we don’t want you here because you can’t drive.”

Xu pans the camera on her front bumper that is seen extended over her parking space’s market and touching Xu’s vehicle. On this, Xu said to Carla Waldman, “you see? You crossed the line.” And Waldman replies in high pitched I crossed the line as well as stated, you don’t know a damn thing, go back to China where you belong, you f*cking a **hole.”

Xu did not respond in front of the camera to Waldman’s bigoted barrage, telling a reporter. Moreover, she told CBC, “my daughter was so frightened. The first thing for me to do was calm down my daughter, not argue with her. Xu did not argue with her because his kid was with her, and she said it was really a bad example for her. She was frightened and can’t sleep now.”

Xu’s husband filed a formal complaint with Richmond police Saturday morning. According to the police, they are investigating the incident. On this, a woman who identified herself as Carla Waldman and confessed over the phone to CBC that she was her video and admitted that her car was touching Xu’s license plate.

However, the retiree denied being a racist and said she has no regret for using her language. Waldman said, “I don’t regret anything that I said to her because she was a mean person. I don’t care what they are calling me, and I am not a racist person.” 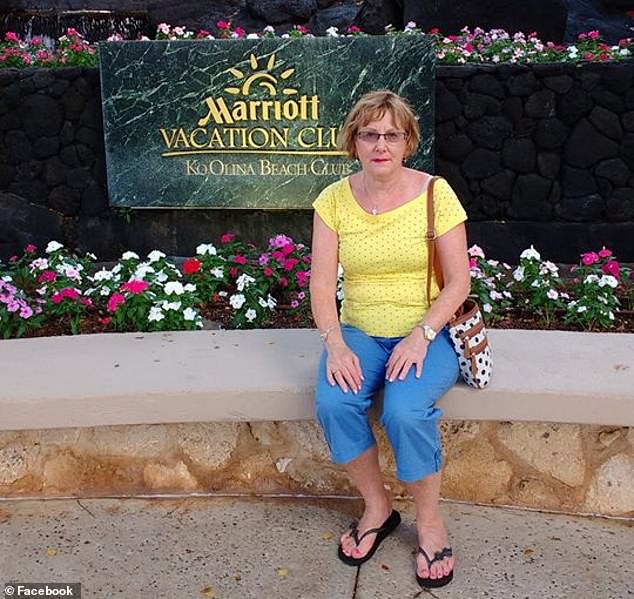 Carla Waldman’s Facebook page flooded with negative comments after the incident, and people called her a racist. Her Facebook page also indicates that she is a strong supporter of Israel and its prime minister Benjamin Netanyahu and opposed antisemitism.

She shared a now-defunct Chang.org petition in 2017 about Peterborough, Ontario City. Toronto City refused to grant a permit to the bigoted rally organizer. The creator canceled the planned anti-immigration demonstration due to public safety concerns amid a huge backlash from the counter-protesters.