PUBG is one of the most famous games in the world. It is a game that makes the players crazy and stuck. They don’t want to play any other fighting game when they lost in PUBG. It has several versions like PUBG PC, PUBG Mobile, and PUBG Lite. Each version has its own advantages and disadvantages.

Likewise, each of them has several differences like graphics, guns, and other displays. Here I will tell you the difference between PUBG Mobile and PUBG PC. I’ve highlighted certain changes apart from the obvious changes of:

I will only include details from PUBG mobile on mobile (no emulator) and PUBG PC (the one on steam, no PUBG lite or mobile on pc)

For comparison, here an image will show you all the differences in both versions. 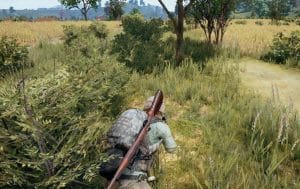 Notice the differences in vegetation and detailing. First, let’s talk about PUBG PC.

There are several other changes on the PC version:

The difference here is that graphics, as the name suggests, are low and very detailed oriented as compared to PUBG steam. Just like PUBG’s mobile firing direction is hinted at on the map, you can easily spot the enemy location.

The auto reloads option is very helpful after emptying an entire clip, especially in a combat situation. You cannot shoot the enemy while driving as compared to PUBG steam.

Some PUBG steam weapons are not available in the PUBG PC lite, as the DBS pump-action bullpup shotgun.

And finally, the toughest of them all PUBG steam:

On mobile, you’ll find a huge variety of players with varying backgrounds. Some from far off villages (since mobiles have become easily available nowadays) but you’ll mostly find people from cities on pc.

To conclude, PUBG PC is quite realistic but very challenging. Graphics are awesome, with a lot of details and the player base is competitive. We see that competition in the ace tier or above in the mobile version, but it seems like you start in the ace tier on PC. Strategy and skill are very important in pc.

What Are The Benefits Of Eating Soaked Peanuts Every Day?

Make Your Skin Glow Using These Natural Remedies At Home!