the best Netflix tv shows in 2020 To Watch In Quarantine 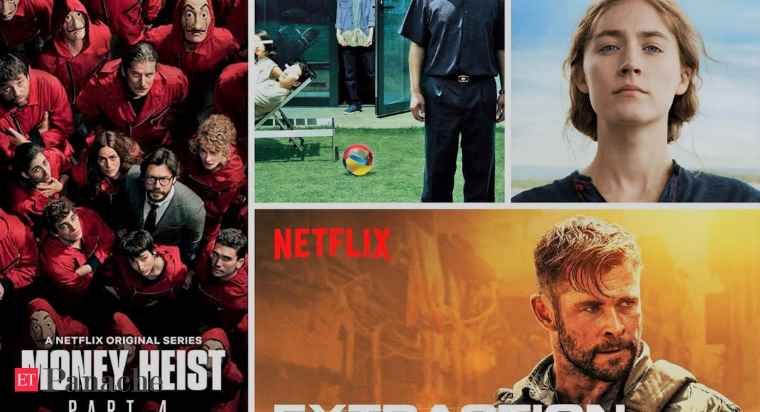 We all know that Netflix has a variety of tv shows, and in 2020, it was seen that more people are staying at home and enjoy the series with family. There are many amazing series that give the audiences to goosebumps.

However, we provide some details about the best Netflix tv shows in 2020 to watch in quarantine. You can make your quarantine time memorable with your family by watching these incredible tv shows.

This one is an amazing story of superheroes when people who wear capes and save lives every two minutes will never be plain sailing. Mary J Blige and Ellen Page appear together in this fantasy series, and it is an adaptation of comics written by My Chemical Romance singer Gerard Way.

Ellen plays the role of Vanya, who is one of seven children adapted by billionaires. She does not have any superpower, and she can watch on as her estranged siblings to get back and try to solve the mystery of their father’s death. It was the third most popular show on Netflix in 2019 and hit on-screen.

Breaking bad is one of the most amazing shows, and I hope you heard it about this series. It is the story of a chemistry teacher Walter White who was diagnosed with terminal cancer. He decides to break bad and embark on a life of crime as a crystal meth drug kingpin.

It is so beautifully written television drama that you ever have the fortune to view. It is set against a backdrop of a dusty Albuquerque universe of good, bad, and ugly players.

You see lots of twists, turn over five gripping series. In the starring Bob Odenkirk, Anna Gunn, Giancarlo Esposito, Dean Norris are included in it. All the characters react amazingly to the world around them changing.

The crown is an amazing Netflix series and one of the most expensive shows. It is all about the life and time of Queen Elizabeth II with some planned resets and cast changes to age. In the first two seasons, Claire Foy and Matt Smith played the role of Queen Elizabeth II and Prince Philip, respectively. Now the Olivia Colman and Tobias Menzies are playing the role for the third and fourth season.

The Haunting of Hill House

Shirley Jackson’s novel is the scary one because it comes with major frights. One of the best family dramas and an adaptation of the source material. The show has two timelines in 1992, a night when some horrible event happened with five adult siblings. All they were living at Hill House who forced to flee. It has the best horror story that you can enjoy with your family and friends.

The most popular Spanish series Money Heist and La Casa de Papel is the only Spanish series that could also be seen on Netflix in English. One of teh most-watched series that follows a crack team of thieves assembled by ” The Professor.”

The gang was seen to walk away with billions of euros after a daring heist on the Royal Mint in Spain. It is so interesting series, and most recommended one at this time. All the seasons are available on Netflix.

Humans sh is the science fiction series that aired from 2015 to 2018. the story follows Joe’s boys; a refurbished and highly developed robot helps his wife Laura out in the house. The characters have an impressive performance and, among all Synths, help out with domestic chores.

Netflix’s series ‘Stranger things” is a supernatural adventure show that tells the story of four groups of friends in Hawkins. This one is a fantastic Netflix series in which a group of young friends Winona Ryder, David Harbour, Millie Bobby Brown is included. They are witnessed of supernatural forces and unravel a couple of extraordinary mysteries.

Rick and Morty’s show is one of the famous animated series that follows the misadventures of drunken ma scientist Rick Sanchez and grandson Morty Smith. It is an Adult swim series that takes place in multiple realities.

The impressive voice cast, such as Sarah Chalke, is included in our list. Besides, in other stars, Jordan Peele, Nathan Fillon, Christina Hendricks, Jermaine Clement, and Susan Sarandon are included.

Ozark is one of the amazing American money-laundering drama. It follows the story of Marty Byrde and his wife Wendy, and they have a daughter Charlotte and son Jonah.  They are forced to go from Chicago to the Ozark lakes in Missouri after the money-laundering operation.

This money-laundering operation goes wrong, and they live in imminent danger. Things get complicated, and they embroiled in a strange and brutal world. The three seasons of this amazing show are available on Netflix and best to watch in this quarantine period.

We all are familiar with one of the most famous series Lucifer that ha completed the fourth season and still is continued. Fans also started the campaign with the hashtag #savelucifer to the world.

Therefore After Fox, Netflix decided to bring back the show on the streaming platform. Tom Ellis is playing the role of Lucifer, who is seductive lord of hell and made a home for himself in the sleazy glamour of Los Angeles. This one is the best Netflix tv show of 2020 to watch in the quarantine.

Coronavirus pandemic locked the people in houses, and people always try to find ways to get rid of boredom. Therefore, Watching movies, tv shows, talk shows, sports can be the best hobby in those quarantine time.

This time is best for those who always try to find the time for Netflix shows. Now they can spend time watching the amazing shows. Hopefully, you will find the best Netflix tv shows in 2020 to watch in quarantine.  After reading this article, share your views with us.

4 Reasons a Bitcoin IRA Is a Better Alternative to Your Roth IRA!