The 8 best platforms to catch up on the NCAAB online

If you are an NBA fan that’s passionate about watching future talent emerge onto the college scene, the NCAAB championship will be your first port of call. It’s a melting pot of NBA wannabees, many of whom have achieved scholarships with iconic universities based on their b-ball skills alone. Although the NCAAF championship captures a significantly bigger audience among NFL fans than the NCAAB does for the NBA market, the NCAAB remains one of the most fiercely contested college sports stateside.

For basketball fans, March is one of the most special times of the year, particularly for the men’s and women’s NCAAB. That’s because the NCAA stages “March Madness” – an annual knockout tournament which sees 68 teams enter and attempt to be the last team standing. Over the course of the three-week competition, there are multiple games played daily across the US. If you want to know the best platforms to keep up with the NCAAB news and results during March Madness and beyond, read on as we recommend eight sites or apps to keep you plugged in.

If you want the flexibility to be able to stream NCAAB games at home or on the move – and you are prepared to pay for the privilege – Hulu Live TV is a great starting point. This platform is partnered with a host of local, cable, regional and college sports broadcast networks, giving you a huge choice of channels to choose from. Subscribers can get direct access to the Big Ten Network, as well as the ACC and SEC Networks. Local networks like CBS Sports and cable giants ESPNU are also included in the $64.99 monthly fee. During March Madness, Hulu Live also has rights to broadcast games from TNT, TBS and truTV.

The one issue with Hulu Live TV is that it doesn’t offer coverage of the PAC-12. So, if you’re a fan of a college in the PAC-12, or you just want to keep your eyes on the potential talent in the west of the country, fuboTV is the best streaming subscription service for you. It is one of the only platforms to be partnered with the PAC-12 network. You can sample fuboTV for a week’s free trial before paying $64.99 a month, which equates to the same as Hulu Live. Aside from PAC-12 coverage, fuboTV also gives you access to 27 of the 35 leading cable channels.

It doesn’t matter whether you reserve your NCAAB betting exclusively for March Madness or you enjoy finding value college basketball picks during any gameday of the regular season, OddsChecker is a great place to start. The leading college basketball odds comparison site boasts in-house handicappers and tipsters that analyze all manner of data and trends to pinpoint the best NCAAB betting angles. OddsChecker makes it easy to find the best value picks with their “Picks of the Week” section visible near the top of the page. It’s also possible to read up on all the active OddsChecker tipsters and determine their ROI before entrusting their selections with your hard-earned money.

If you’re looking for a one-stop-shop for March Madness coverage, look no further than the NCAA’s official March Madness Live app. You can watch games live within the app when you are subscribed and access exclusive content that’s never been broadcast on any major TV network. You’ll get three hours of free streaming coverage before you need to pay to access more. The app also contains a fun “Bracket Challenge Game” that allows you to put your predictions to the test and attempt to guess the outcome of every single game in the tournament.

If you support a college basketball team and you are planning on venturing to some of their games this year, you should make sure you download the Fanatics app. This will list all the available apparel for your college team, with direct links to purchase jerseys to wear to the next big game. Official fan merchandise is a big deal for NCAAB teams, providing a much-needed income source. Aside from NCAAB jerseys, you can also buy NCAAB-branded basketballs as gifts, as well as other NCAA merchandise autographed by some of the legends of the game. 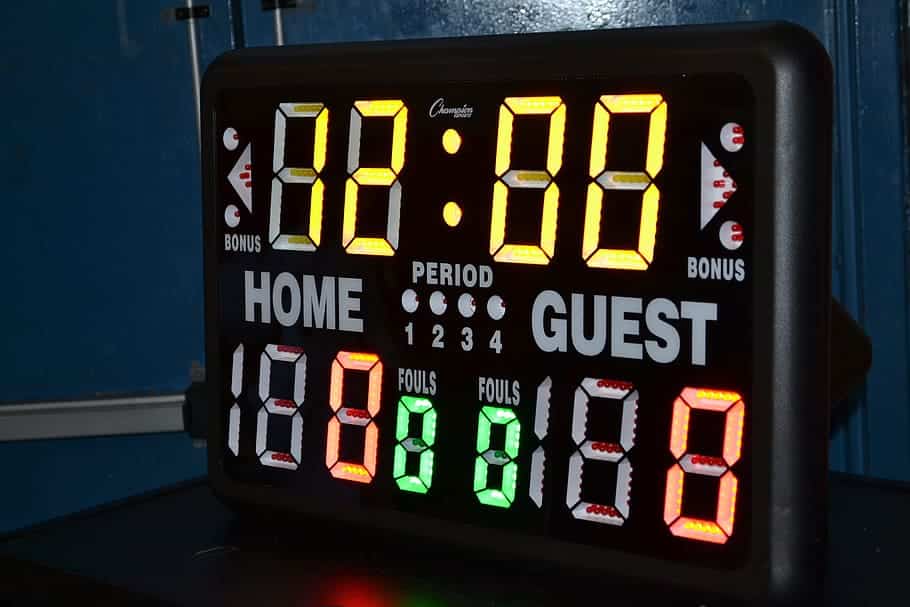 For those wanting to keep tabs on their favorite NCAAB team without having the time to watch matches in full, TuneIn Radio is a good alternative. TuneIn Radio is one of the world’s largest radio streaming platforms, with over 100,000 radio stations available to stream on-demand worldwide, providing you have reliable 4G or Wi-Fi connectivity. TuneIn Radio has many local and regional US radio stations included in their platform, allowing you to keep tabs on the action with play-by-play audio coverage. This is particularly useful if you want to work and listen in on the action simultaneously.

Bleacher Report has cultivated a proud reputation for its online sports journalism, containing some of the finest reporters and bloggers in the industry. This includes coverage of major college sports in the US, including the NCAAB. The Bleacher Report NCAAB hub is an ideal bookmark for your preferred web browser to quickly catch up with the latest news, gossip and opinion on the NBA’s stars of the future. Bleacher Report’s Jon Rothstein is the main man in the know in the NCAAB. Rothstein describes himself on his Twitter handle as the “hungriest insider” in the world of US college basketball and also hosts his own NCAAB-related podcast titled College Hoops Today.

When it comes to daily fantasy sports, NCAAB is at the heart of the action too. Fantrax dubs itself the “home of college fantasy basketball”. It proudly states it is the only NCAAB fantasy platform that’s fully customizable all season long. It’s possible to make multi-team trades as well as quick alterations to your gameweek lineup using the “easy click” and “classic” change methods. You can create your own NCAAB fantasy league to play with friends or work colleagues through Fantrax, with up to 2,000 entrants permitted per league. Draft pick trading is also included to cover current and future seasons.