If you're looking for free movies on YouTube, we have discussed 10 movies available on YouTube for free and can be found at any time.

There are only sometimes many goods and free movies available online. In most cases, popular streaming sites charge a fee for blockbuster films. If you know where to look, you can find many free movies on YouTube.

If you’re looking for free movies on YouTube, head to the Movies and Shows section. In this section, you will find all YouTube videos organized by category. While many films are fee-based, there’s a whole “Free” section where you can watch movies for free.

In this article, we will discuss ten movies currently available on YouTube for free and can be found there at any time. 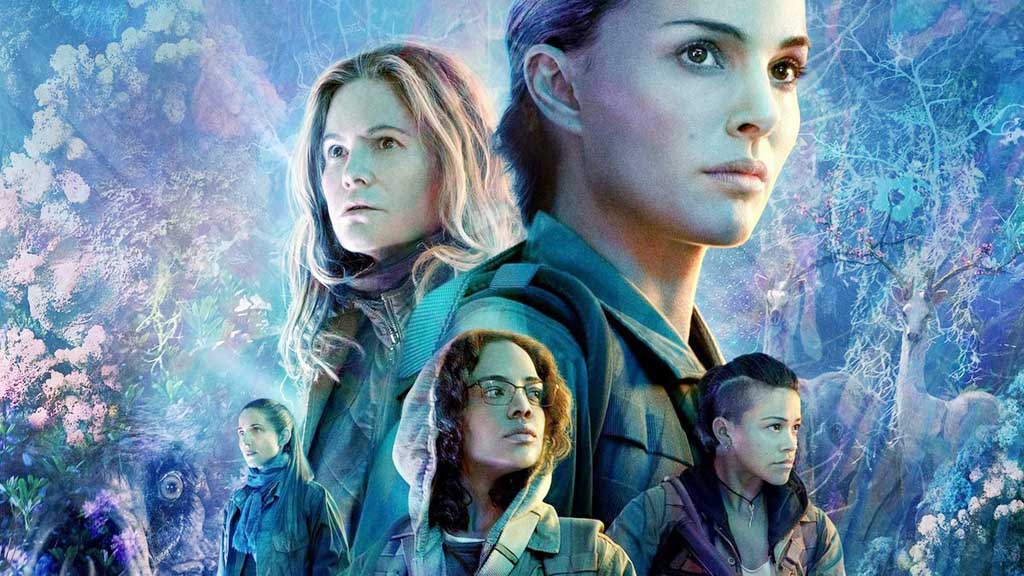 The 2018 sci-fi horror film Annihilation was the follow-up to writer/director Alex Garland’s excellent debut, Ex Machina. Two terrifying sequences in this film are deeper, stranger, and more haunting than anything else in the genre in recent years.

‘The Shimmer’ is a porous alien-like bubble that spans from the crash-landing point, from which no one has emerged until now, and Natalie Portman plays a biologist whose husband (Oscar Isaac) has returned. Three female scientists (including a paramedic) venture into the Shimmer to gather information. In the end, it does not turn out well.

The tone of this film is consistently foreboding with stunning, eerie, and terrifying visuals. There’s something huge and something tiny in Annihilation. There’s a deeper meaning behind what this thing is doing on earth, which is an extension of something that’s all too common and destructive. 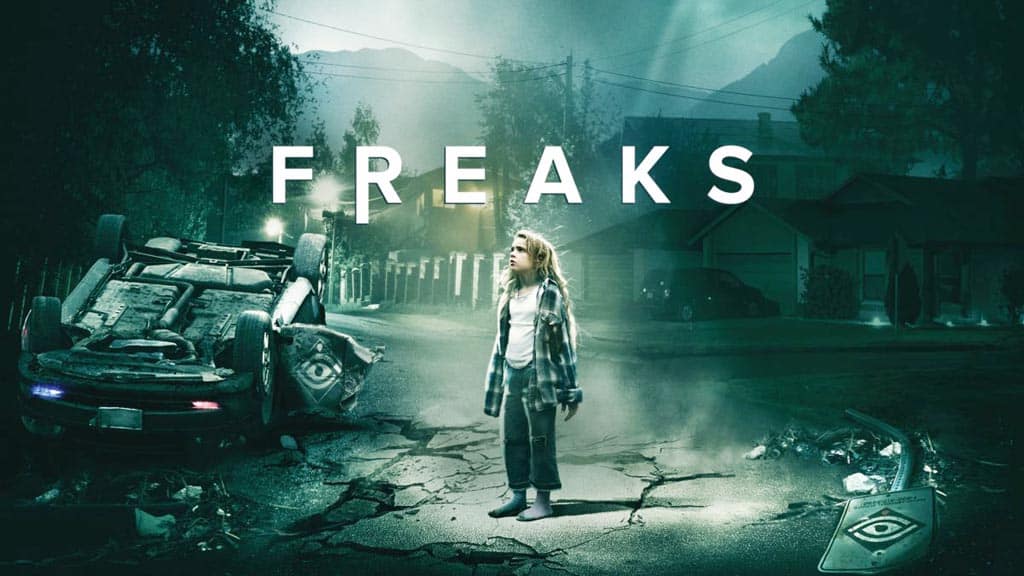 Zach Lipovsky and Adam B. Stein’s Freaks is a book I highly recommend you learn a little about because one of its most amazing things is at the very end of this blurb. There is no doubt that this is one of the most character-driven sci-fi thrillers of 2019.

In the movie, Lexy Kolker plays seven-year-old Chloe with a show-stopping performance. Since childhood, she has lived wholly isolated from the outside world with her father, Henry (Emile Hirsch).

She’s always been told that the outside world is dangerous, but as she gets older, she becomes more tempted to venture out – and then she does. Are you ready for that semi-spoilery detail that will further emphasize how impressive this film is?

As much as I enjoy great big-budget superhero films, Freaks is an absolute must-see if you want to see what can be done with a limited budget. During the movie, you’ll lean in more and more with its early curiosities before Chloe’s discovery of her reality explodes with creativity. 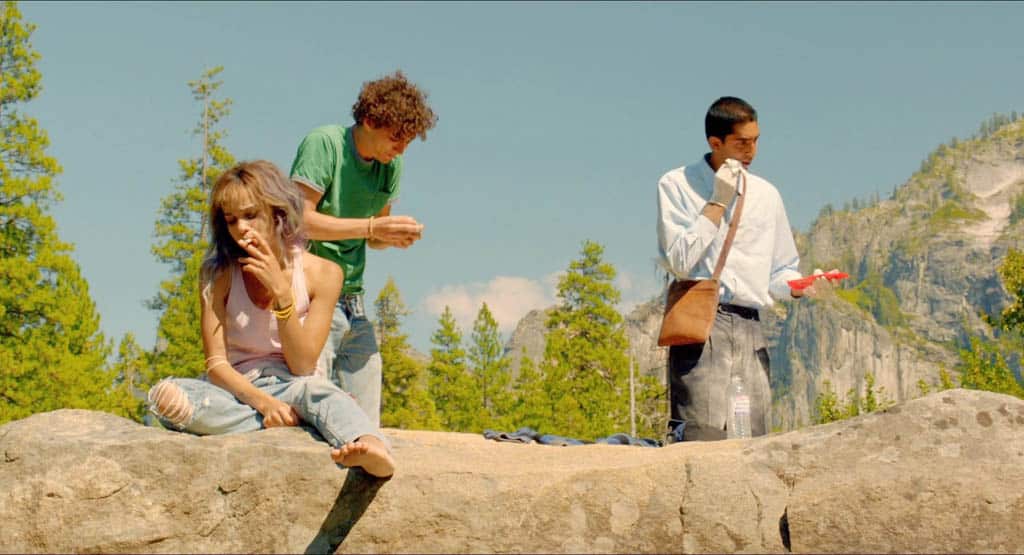 An excellent familiar story differs from a familiar bad story by the characters. Green Wells’ remake of a German film, The Road Within, adds a fresh touch to a classic road movie with three oddballs. Ashes of Vincent’s mom are to be scattered in the Pacific Ocean by Robert Sheehan, a young man with Tourette’s Syndrome.

As a result, he is confined to a special clinic to get the treatment he needs from his father (Robert Patrick). Despite this, Vincent escapes, taking his OCD roommate Alex (Dev Patel) and anorexic Marie (Zoë Kravitz). All three discover themselves along the way, including Vincent and Marie, who begins to fall in love.

A charming indie is made even more enjoyable by its big laughs. It’s hard not to laugh at Vincent and Alex’s outbursts and quirks, which are frequent and consistently funny, despite their suffocating conditions. 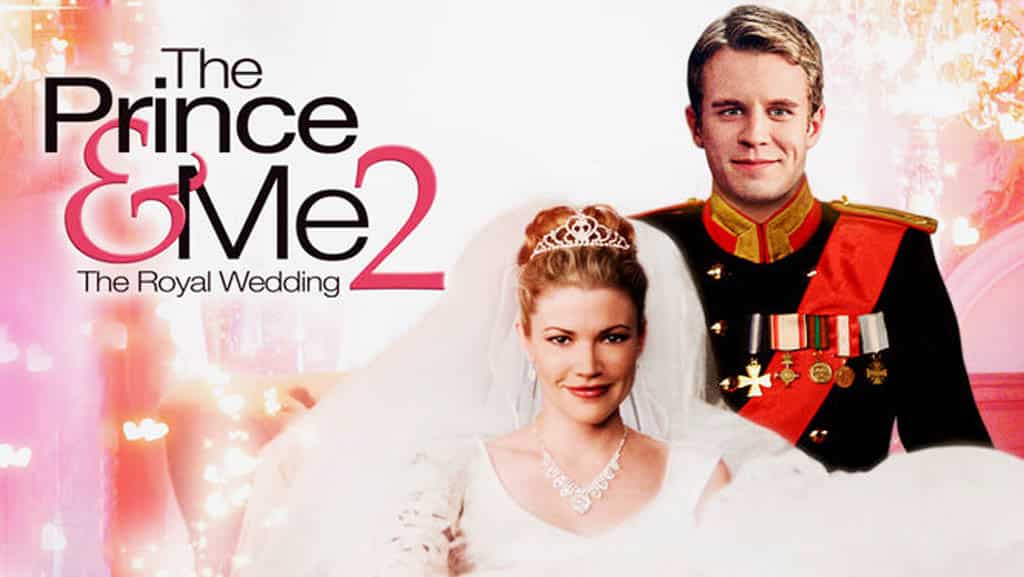 Julia Stiles (The Bourne Identity) played the role of college student Paige in the romantic comedy Top of the World, in which she met and ultimately fell in love with Danish student Eddie (Luke Mably) during her peak stardom.

This story can also be viewed as a wish fulfillment for many young girls as it is a family-friendly fairy tale. As a director, she can direct Valley Girl in a way that allows her actors to have a lot of fun without taking many risks or pushing boundaries to be edgy and entertaining. 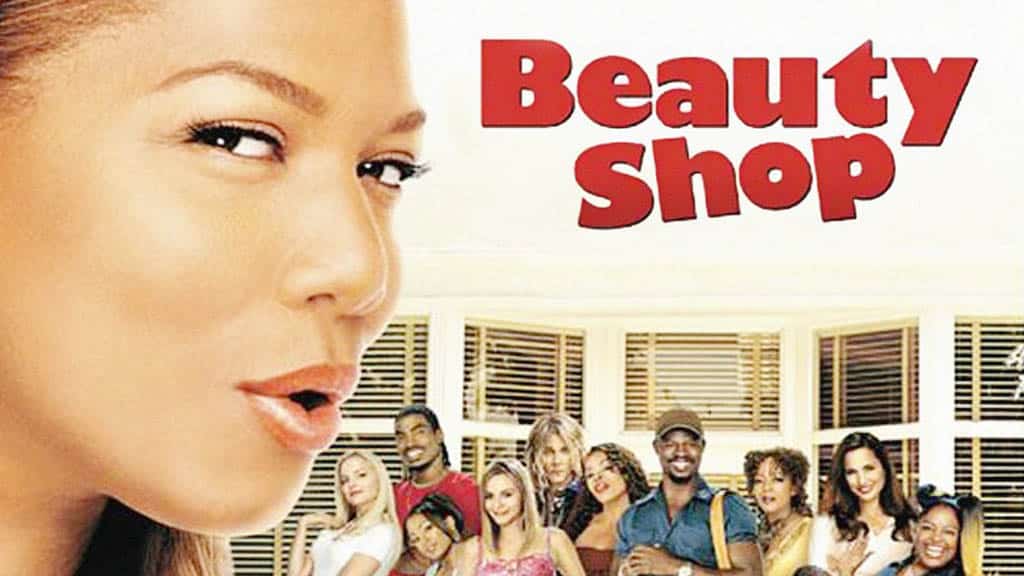 A shady and incompetent hairdresser (Queen Latifah) quits her job for her dishonest and incompetent former boss (Kevin Bacon) after opening her own salon in Atlanta. Sherri Shepherd, Alicia Silverstone, and Alfre Woodard are all behind Latifah and supporting her with their star power.

In addition to the non-stop laughs, Beauty Shop leans into the romantic comedy genre with the character Joe, played by Djimon Hounsou (Shazam) as the lead. The film was directed by Bille Woodruff (Black Lightning), the producers of the Barber Shop series and the makers of Bringing Down the House, a previous Queen Latifah film. 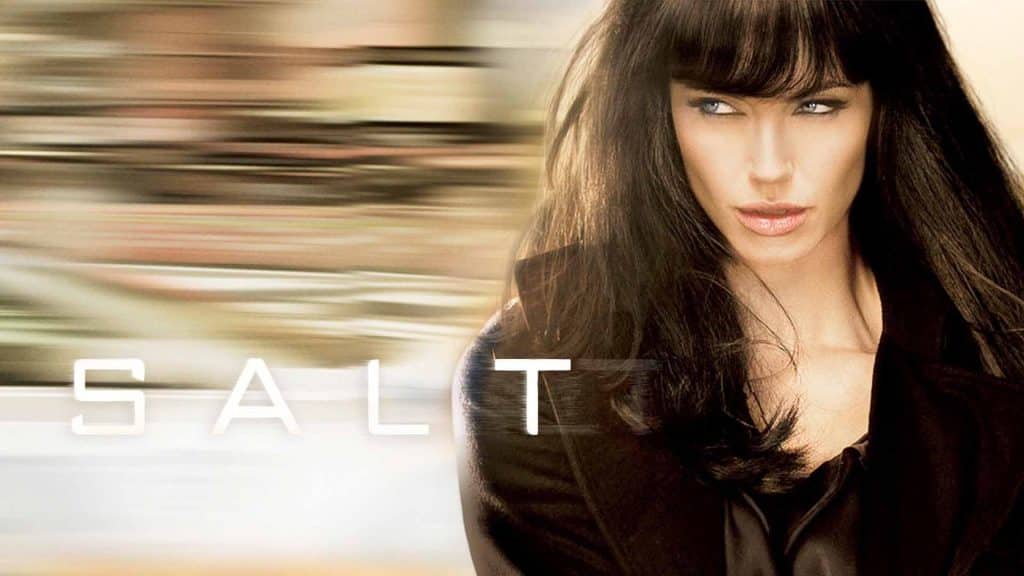 In an action-packed genre heavily dominated by men, Angelina Jolie drives the action in Salt before the release of Black Widow and Red Sparrow. A CIA agent named Evelyn Salt is being investigated for being a Russian sleeper agent by the CIA. A script by Kurt Wimmer and a direction by Phillip Noyce follow her quest to clear her name after being accused of being one.

As the leading lady of a thrilling, action-packed spy adventure helmed by Liev Schreiber (Ray Donavan), Angelina Jolie stars in what was initially conceived as an action movie for a big name like Tom Cruise. Still, she is diminished to become an underappreciated vehicle for Jolie, who is captivating in this role. 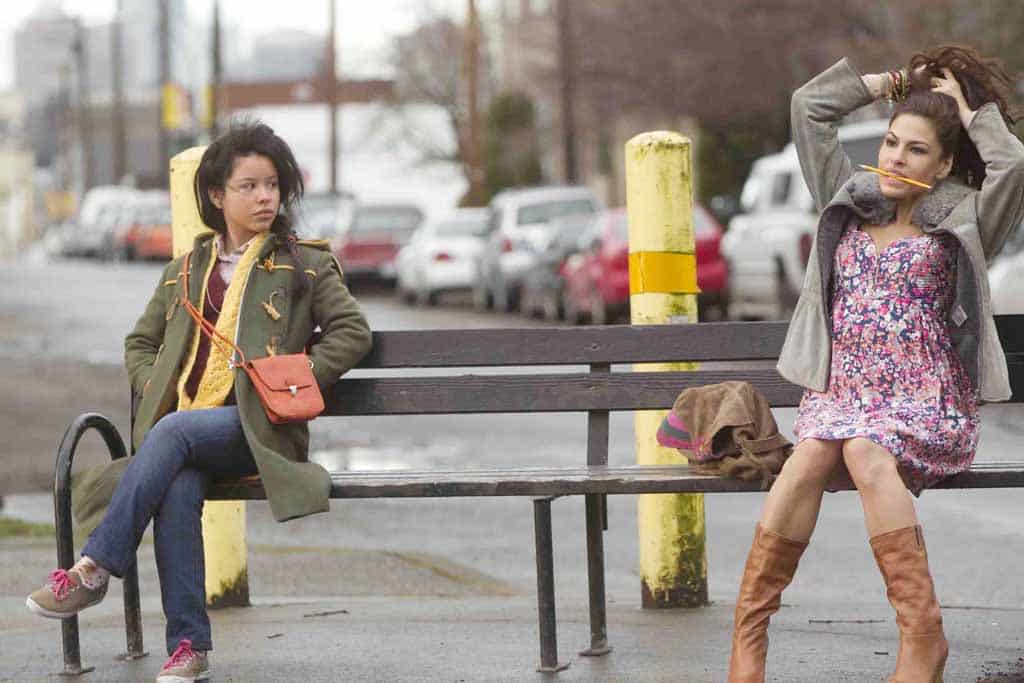 Cast: Ev Mendes, Cierra Ramirez, and Patricia Arquette are among the most notable actors,

Girl in Progress develops intricate themes of womanhood, adulthood, and maturity in its exploration of complex pieces of femininity, adulting, and maturity. The film is brilliantly directed by Patricia Riggen (Dopesick) from a screenplay by Hiram Martinez (Snowpiercer).

As a single mother trying to offer an example of what a positive role model should be to her teenage daughter (Cierra Ramirez). This young woman is blossoming into a young woman; Eva Mendes (Hitch) stars in the touching coming-of-age dramedy.

She gets her chance to show off her acting prowess in her debut role when she faces veteran actors, such as Patricia Arquette, who plays her teacher, and Matthew Modine (Stranger Things), who plays the married doctor who is also the lover of her mother. The story of Girl in Progress focuses on growing up and finding your way in life, whether you are on your own or have loved ones supporting you. 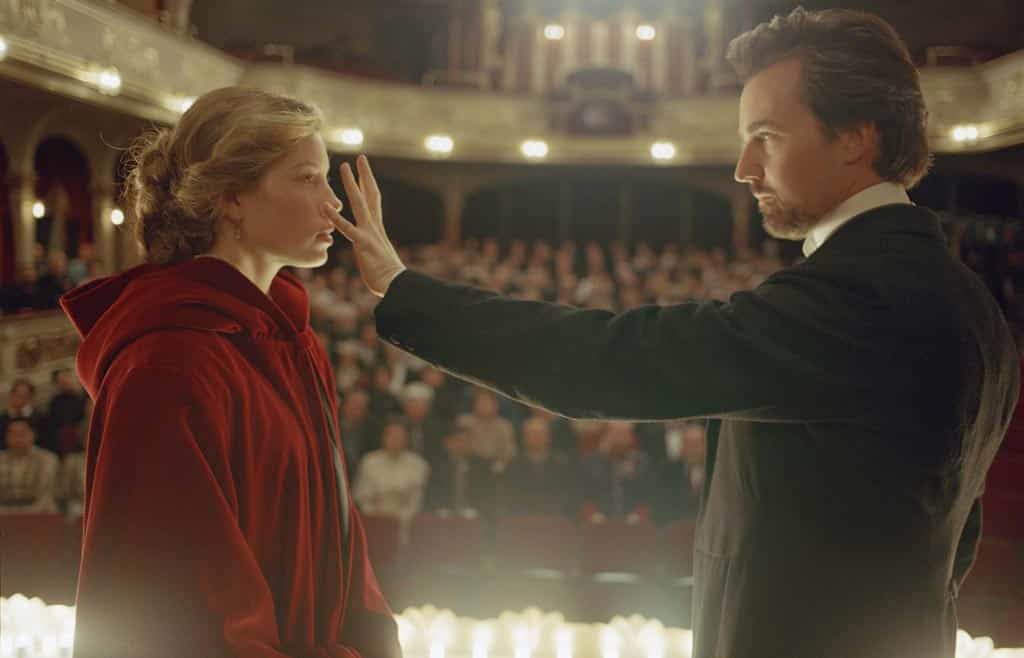 The Illusionist is a romantic mystery released only a few months after The Prestige, a movie centered on the life of a famous stage magician, but with fewer plot twists and more focus on the story itself.

Undoubtedly, The Prestige is the flashier of the two, but The Illusionist is a stirring romantic epic that features one of Edward Norton’s best performances in his career. In this film, Norton portrays Eduard Abramovich, a poor man who rises to prominence by performing a magic show that attracts a large audience.

The young Eduard is yearning for the love of his childhood flame (Jessica Biel) even though the two are of different social classes. As a result of the beautiful visuals created by Dick Pope, he was nominated for a Best Cinematography Academy Award. 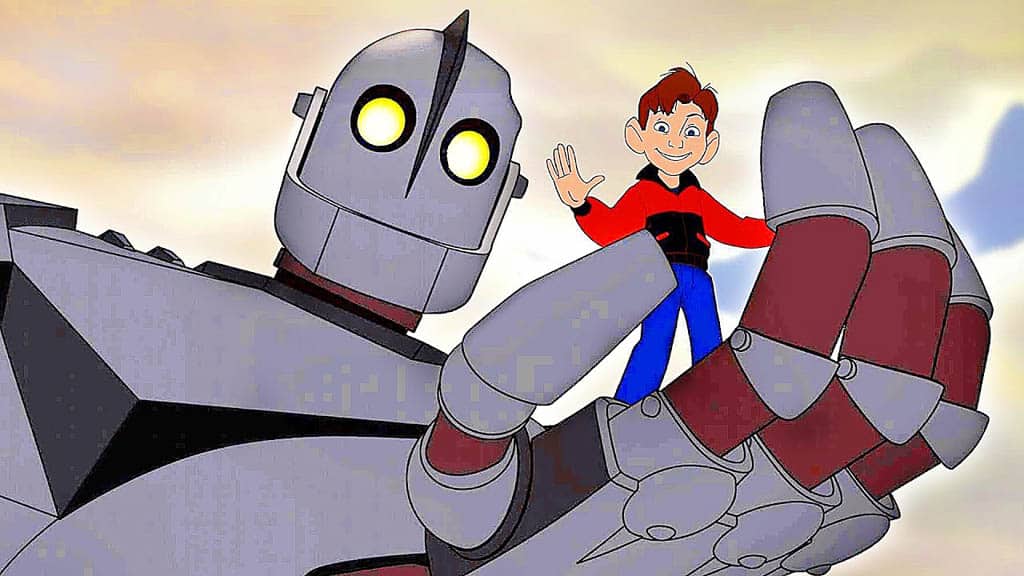 Before working with Pixar on timeless favorites such as The Incredibles and Ratatouille, Brad Bird made the critically underrated cult hit The Iron Giant in 1999, becoming one of the most beloved films in history. In the movie, we follow the story of misfit Hogarth Hughes (Eli Marienthal), a young boy who forms a deep bond with a giant robot (Vin Diesel) from out of space as he struggles to fit in.

However, sadly for them, the American government is trying to destroy the mental goliath for their own selfish reasons. With jaw-dropping hand-drawn animation, “Amblin’s The Lost Continent” has that classic Amblin feel and has a classic Amblin feel to it. In the story of a 50-foot-tall alien robot, we find friendship and youth intertwined with a tale of unflinching courage and determination. The bird can tell a story that stands out from the rest, and The Iron Giant is no exception. 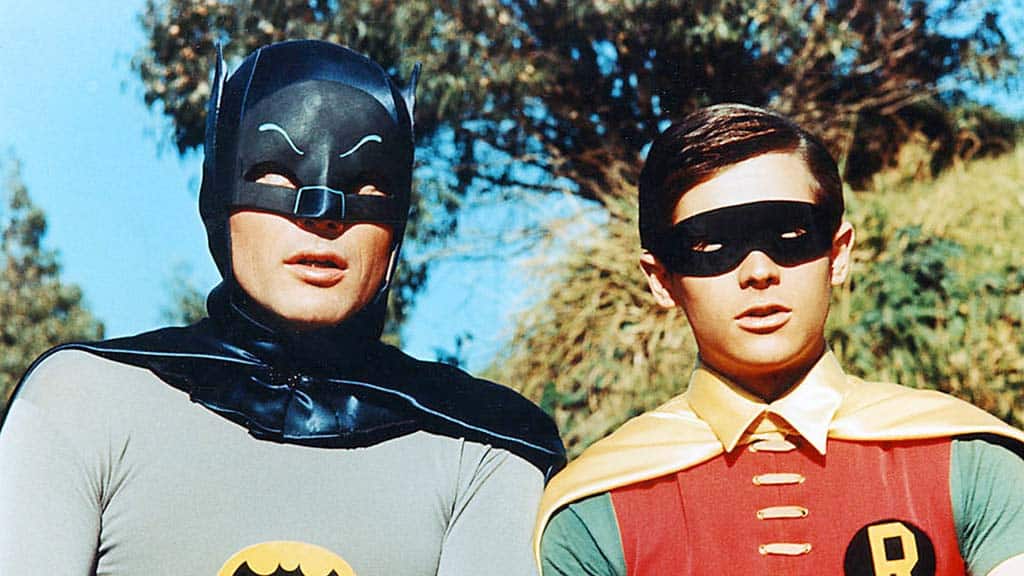 Can’t we all have some fun with the Dark Knight? The 1966 adaptation of the renowned television series Batman does not need to be written off as a guilty pleasure because the adaptation of the series is self-aware. Aside from Batman’s shark repellent, The Riddler’s ridiculous clues, and Adam West and Burt Ward’s irreplaceable chemistry, this movie is full of great jokes that are sure to delight everyone.

Much of what Joel Schumacher tried to do with Batman & Robin was inspired by the original 1966 classic, but Schumacher didn’t capture the campy joy that West embodied in the original. There is no doubt that this is a worthy entry in the DC canon and a fun watch after some of the darker films that have recently come out.

How do I choose the best Smart TV 36 inches?

Gilmore Girls’: 10 Reasons Why Jess Mariano is the Best Boyfriend