The problem of water shortage is widespread in most countries, especially the lack of safe drinking water. According to United Nations statistics, nearly a fifth of the world suffers from water scarcity due to the lack of available water sources, and hundreds of millions are about to reach this situation.

In contrast, nearly 1.6 billion people worldwide suffer from water shortages due to the lack of physical capacity. Their governments collect water from various sources such as rivers, springs, and seas and collect rainwater.

There are many reasons behind water shortage, which differ from one region to another. Some of these causes result from human actions, and some result from natural causes beyond human intervention, like the difference in the level of rain, the drying of rivers, Etc.

Water Pollution: It is one of the severe problems that destroy the freshest water sources worldwide due to contamination by oil or chemicals, whether resulting from manufacturing or human consumption, as a result of leaks in sewage lines, or the absence of these lines. 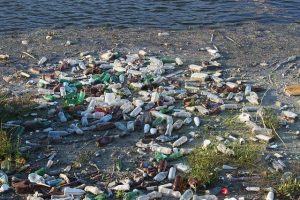 Excessive water consumption: Excessive water use by people, especially those who live in areas blessed with an abundance of water, leads to the lack of water access to other areas of the country. 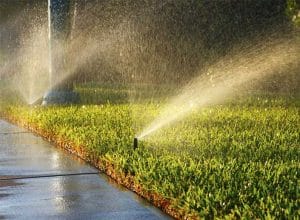 Drought and scarcity of water sources: Some areas worldwide suffer from the lack of close water sources or sufficient rain. This problem is mainly present in desert areas or areas prone to desertification. 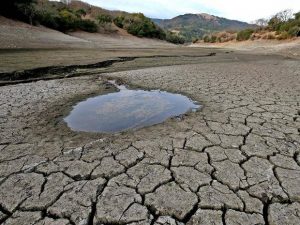 Human Conflicts: whether these conflicts are over land or water resources, It leads to the people’s inability in the vicinity of these lands to access water sources. 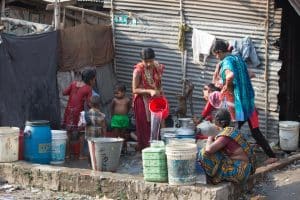 In Egypt, the Nile River is the lifeblood of Egypt, as it covers the requirements of agriculture and industry and is the primary water source for the population. However, high population growth rates and rapid economic development in the Nile Basin countries in Egypt and pollution and environmental degradation are depleting water resources in Egypt.

Egypt also faces a water deficit estimated at 7 billion cubic meters annually. The United Nations has warned that water will run out in Egypt by 2025. The difficult conditions of the Nile coincided with a severe shortage of other water resources, such as underground water.

And there is the drought of canals, low water levels, and failure to collect rainwater, so we must quickly adapt to the new situation and find ways to create freshwater resources that cover all needs.

Besides the Nile river, also in Egypt, they find water in:

Nevertheless, Groundwater can be found at great depths, and water in the aquifer is nonrenewable, so consumption of such water hangs on pumping costs and its reduction rate versus the potential economic profit in the long run.

If we talk about the places most in need of water in Egypt, we will find many dispersed. For example, some villages are in the governorates of Menoufia and Gharbia. People need to go to central water purification stations to get water because the water that reaches their homes is not suitable for human use.

If we head south to the Governorates of Upper Egypt, we will find that there are villages that do not have access to water, and they mean a lot to obtain water, including towns in Qena and Sohag.

There are also Bedouins who live in the eastern and western deserts. They also need water because the Groundwater is insufficient for their need to deliver water to them. We will get amazing reactions in these places, such as increasing per capita production. It is possible to increase agricultural production based on increasing national income, but we will lose much money and maybe lives in the future if we neglect this problem.