Konami’s beloved Pro Evolution Soccer, or more commonly known as PES, has been an esports staple for some time now and it always gets the jump on the more popular and celebrated EA Sports FIFA franchise by releasing the newest iteration a tiny bit earlier. But the free-to-play multiplayer online esports genre has taken hold and caused the Japanese developer, Konami, to rethink the franchise and develop something more contemporary.

Societal changes often dictate business trends and, in this case, we see the wildly popular free-to-play online multiplayer craze forcing Komani’s hand to abandon their decades-long franchise much to the chagrin of its loyal fanbase. In fact, esports has become so mainstream that the best sports betting sites often have esports on their betting menus because it has become part of the landscape for professional sports, both traditional and now virtual.

Sadly, PES is no longer, as it has been replaced by what will be the eFootball franchise. Seitaro Kimura, eFootball™ series Producer at Konami Digital Entertainment and longtime PES developer, stated: “With ‘eFootball’ being the name of our overall platform, ‘eFootball 2022’ is the official title for our first season of content. Platform updates bringing new functionality, such as cross-platform matchmaking and mobile controller support, will happen frequently over the coming months and will always be free. Future content updates and game modes will be offered to players as either free or premium options. We look forward to getting players on the pitch and receiving their feedback.”

In one Konami press release it stated, “Local matches featuring FC Barcelona, Juventus, FC Bayern, Manchester United and others will be available, for free, at launch. In the future, certain game modes will be sold as optional DLC, giving players the freedom to build an experience that follows their interests.” 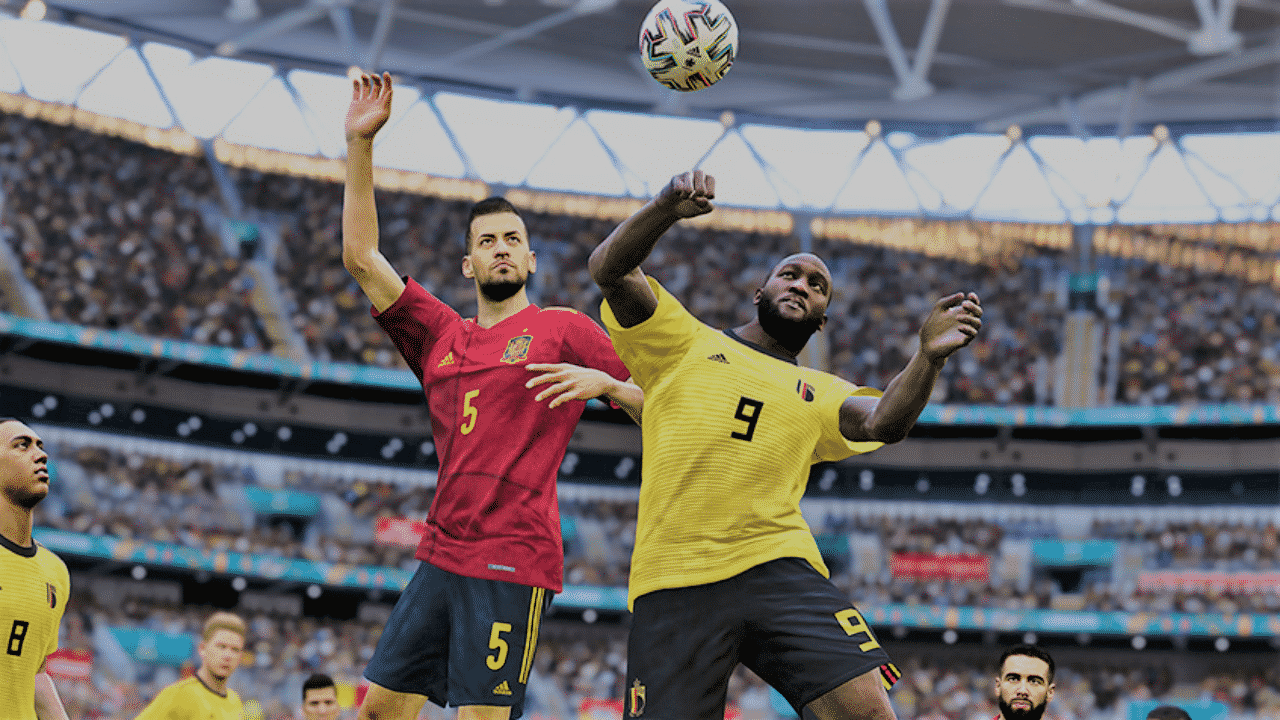 And Now the Reviews

Konami’s eFootball 2022 is available on, PlayStation4, Xbox Series X|S, Xbox One, Windows 10 and PC Steam, and mobile platforms iOS and Android. There will be plenty of patches and updates to follow which makes you wonder if they should have waited until the project was truly complete instead of trying to hit a deadline that might have been too ambitious.

“Starting with the strong foundations of Unreal Engine, which has allowed us to massively overhaul player expression, we’ve made a number of modifications to virtually create a new football game engine that will power eFootball for years to come,” said Kimura. “By working closely with elite footballers, eFootball delivers our most tense and realistic gameplay to date.”

Despite the flowery picture painted, the initial release has flopped in historic fashion. Only 10 percent of the 16,000 plus users gave it a positive review and terms like “worst game of all time” have been bandied about. The problem is that once the negative press begins to flow everyone wants to jump aboard the hate train which makes any improvements and patches along the way go unnoticed. You only get one chance to make a good first impression and it appears as though Konami has blown it in spectacular fashion.

Below are some of the reviews we have plucked, although trying to select those without expletives was not an easy task.

GaryTheSnail – September 29 – This is a joke. The worst football game I ever played. It simply is a mobile game. The ball weighs 100kg, the contacts between players are chaotic, nothing feels right. It’s a shame.

RascalDiego – September 29 – 2 years. People waited for TWO full years under the promise that this game was going to be groundbreaking. The only logical and possible explanation for how bad this game is, is that KONAMI wants to declare bunkruptcy or something. It’s equally laughable and sad. They launched a “full” game that lacks content left and right. They even dumbed down the Game Plan settings. Terrible, just terrible. KONAMI just enjoys shooting themselves in the foot.

masoudbyhimself – October 1 – Words cant describe how great this game is. But numbers can. 1/10

haste – October 7 – I want my money back, even though i got it for free.

But not all the reviews were bad. Konami is aware of the issues and working feverishly to correct them. Let’s be fair and read one of the infrequent positive reviews:

Oh well. We tried. Konami, the ball is in your court and you better muster a rally because if not, your new franchise could be a quick one-and-done.

What Are Some Of The Best Streaming Platforms To Watch the MLB?

Everything you need to know about PureWin