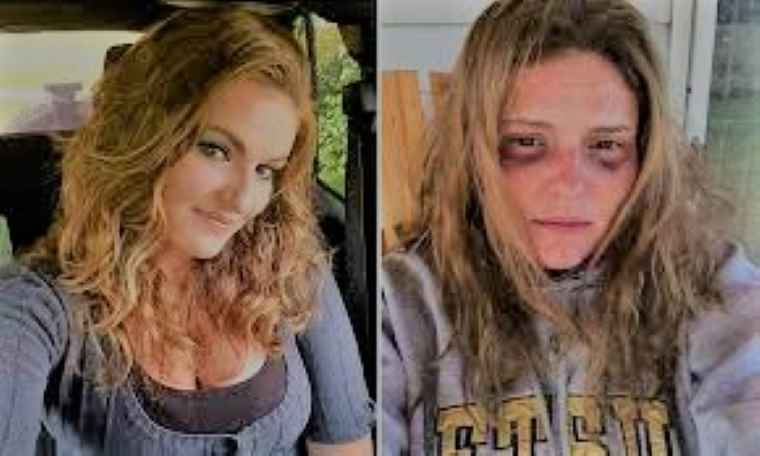 Mary Cathleen Haley shared her photo with dark circle eyes before she was reported missing. Police arrested the West Virginia mother who reported missing Mary after sharing the picture of herself. A friend claimed that her estranged husband had beaten her.

On December 16, Haley was reported by family in West Virginia and last time contact with the friends on December 14.  Her husband, William Scott, turned himself into the Wythe County Sheriff’s office on 11 December, and an arrest warrant was issued for a class 1 misdemeanor charge issued two days beforehand.

Scott is a retired West Virginia State Trooper who said he had been released on a personal recognizance bond and expected back in court on 7 January. Scott said that he had not seen Haley in months.

According to relatives, they had been separated in August. WOAY presented the court documents in which it was mentioned that Haley filed a criminal complaint that Scott and another man had beaten and threatened to kill her.

Police found Mary Cathleen Haley and arrested her on Friday on Grand Larceny. The incident occurred on 3rd December when she was on the way to the store. Scott and Frank Slavin punched her in the face and choked her.

Furthermore, she said that they punched on my face over and over and said it would be a bullet to my head next time. After this alleged incident, Krissy Musallam, who was Haley’s friend from a domestic violence support group, said she had concern for Haley when she sent the photo with facial bruises.

Musallam told Fox news Haley said she had been beaten very badly a week earlier. However, the very next day, some friends said we received cryptic messages and said she fell in the lake and tried to kill herself.

Musallam encouraged her to go to a women’s refuge after getting the photo because officials were not taking her complaints seriously. Police asked her husband Scott while searching for her and arrested her.

A close friend Steven Vaught had helped her after she left her husband and started sending messages to Musallam. Musallam said the messages were like, “ Haley is fine and is unstable and that she is in bed asleep.

A person claimed that Haley went swimming where she fell down the stairs, and that’s why she got black eyes. Steven’s wife, Sheila Vaught, confirmed that Haley was living with them for a month and trying to get a divorce from Scott.

Scott refused to sign the divorce papers, and Haley feared for her life. Haley had left their house on 10 December, a full three days before messages purporting to be from her husband were sent.

According to Sheila, she scheduled many meetings in Florida on 13 December and missed one in the Pensacola area. Many messages were sent to her friend and claimed that she had died.

Many male friends also told how they had received messages over the weekend asking to meet up. Haley’s account sent out a final message reading washing hair and will call back later before going offline.

The police started the investigation after Haley was reported missing because she was also wanted on a warrant for grand larceny.

6 Ways to speed up recovery from a sports injury

Windy City Rehab’s Donovan Eckhardt Filed a $2.2 million Lawsuit after being painting as a Villain.