Mars Colonization and Marscoin: What You Need to Know 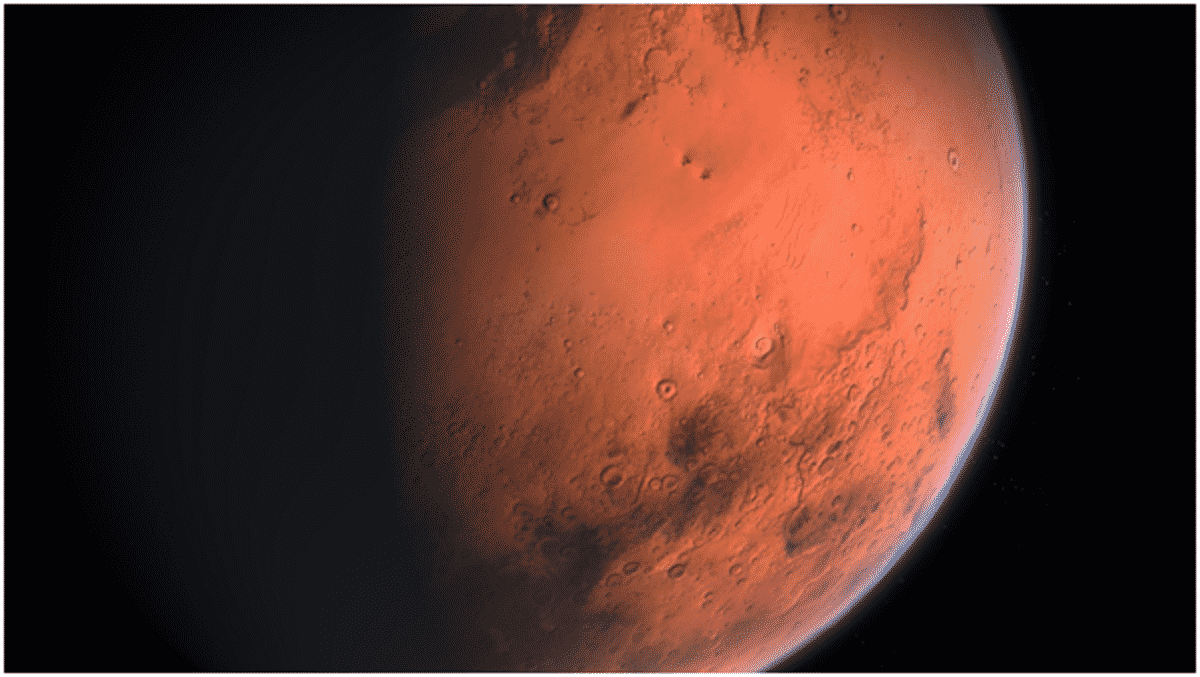 Named after the Roman God of War, Mars is the 4th planet from the sun and is currently a peak point of interest in many departments. Some wish to continue to study the planet to better understand our universe and others, like Elon Musk, have bigger plans. But what if we told you that Mars is directly connected to cryptocurrency?

In this article, we’re going to break down Mars colonization and how it’s connected to the fantastic cryptocurrency Marscoin. Tired of waiting? Let’s jump in.

Mars: A Point of Interest

Why Mars? Of all of the planets in our solar system and even the ones beyond, why are we so interested in a dusty little rock? Well, Mars is the prime target for extraterrestrial colonization.

Potential for Life on Mars

To our knowledge, Mars has always been a dry desert planet. Void of life, oxygen, and water. Well, accessible water at least.

Mars has northern and southern ice caps just like Earth, but of course, it is frozen. It is possible that there is water under the Martian surface, that is beyond our knowledge.

In the year 2000, gullies were discovered on the planet and they seemed to had been formed by moving water. This was huge.

Scientists now think that Mars used to be plentiful with water. Lakes, streams, rivers, even oceans covering the Red Planet. They theorize that it’s possible the conditions could have been right for life to evolve there.

Realizing that Mars may have been habitable at one point allows us to think that just maybe it can be habitable again.

Depending on how things go over the next couple of decades, we could even be looking at works of science fiction like terraforming the entire planet of Mars. But none of that is possible without establishing our first extraterrestrial colony on Mars.

Let’s talk size. In 1960, Earth had a population of roughly 3 billion people. Currently, Earth has a population of 7.674 billion and it’s constantly increasing. Realistically, if we want to move humanity or most of it to another planet, we need to find a planet similar to or larger in size than Earth.

The planet most similar in size to Earth is Venus. In fact, Venus is generally regarded as Earth’s sister planet. Venus is 7521 miles across and Earth is 7926 miles across.

Venus seems like the perfect planet. It’s almost exact in size, it’s closer to Earth than Mars is. Why aren’t we focusing on Venus?

Well, Venus is an uninhabitable hellscape. Its atmosphere is toxic and cloaked in clouds of sulfuric acid. It’s the hottest planet in our solar system and it’s not even the closest planet to the sun.

So, the next best planet is Mars. It’s a little bit smaller than Earth (4,212.3 miles across), but a Mars day is almost the exact same length as an Earth day so adjusting to time there won’t be too difficult.

What maybe take a while to get used to however is the lower gravity, but it sure will be fun jumping high around the Marian landscape. This lower gravity will also be a strong ally when we start building things there as machines won’t need to be as strong (thus making them cheaper to make) and when humans get there, we can do some of the heavy lifting without it actually being heavy.

So, while Mars may be a fun desert wasteland, it may be fixable.

Should We Colonize Mars?

When discussing the colonization of Mars or any other planet for that matter, it’s important to acknowledge the discourse regarding whether or not we should colonize Mars, the main argument being: what about Earth? Why pour resources upon resources into finding and establishing another home? Why not try to fix our current home?

As climate change continues to be ignored by those in power, our situation here on Earth gets worse. Ideally, the world would cut its carbon emissions in half by 2030 and then by 2050 would reduce carbon emissions to net-zero.

If we as a civilization don’t act to reduce carbon emissions, the global temperature could rise anywhere from 2.50ºC to 4.5ºC by 2100 which would have devastating impacts on our planet. Given how much time we have and how current powers aren’t giving the climate crisis enough attention, there is doubt we will take action in time.

This is where extraterrestrial colonization has its strongest roots. If we can’t take action and save our current planet, should we not try to find a new one? If we can’t change the minds of the people in power, then why don’t we use them?

The main reason our planet is in a perilous position is because of money. Companies use practices that are harmful to the environment and contribute to climate change when there are other viable options available because it’s cheaper. If we want to save humanity and they want to make money, then one of the best options is extraterrestrial colonization.

Is Mars Colonization Even Possible?

Generally speaking, settling down somewhere new isn’t too difficult. Humans have done it before and we’re bound to do it again. Considering Mars lacks the wonderful gifts of life that Earth has, there are a handful of concerns that lend doubt to whether long-term colonization on Mars is even possible.

One concern is the water situation. There is no accessible water on the surface of the planet and we don’t really know if there is water underground or if we can get to it. So how are we going to survive there if we can’t bring water?

One of the more viable solutions to this problem would be to send robots/machines to martian ice deposits so they could then start mining ice. This wouldn’t be effective long-term, but it would buy us enough time to set up on the planet and come up with another more efficient solution.

Another big concern is Mars’ atmosphere. It is about 100 times thinner than Earth’s atmosphere which can be deadly.

The atmosphere essentially acts as a blanket around the planet. It absorbs and reflects radiation. The thinner the atmosphere, the less radiation that can be reflected.

This means that Mars’ atmosphere is really just letting the solar radiation in, causing it to be the hot, barren wasteland that it is. Not only does Mars’ atmosphere not protect the surface like Earth’s, but it’s also about 95% carbon dioxide, leaving the planet with no breathable air.

If we were to colonize Mars and plan to stay there indefinitely, we’d eventually have to terraform the planet. While terraforming Mars is technically possible, it would take decades of work, a massive amount of resources, and we currently just don’t have the technology to take on such an endeavor.

While Musk has not shared any plans involving terraforming, he has stated that he and his company SpaceX aim to put humans on Mars no later than 2026 with a possible unmanned mission to the planet in 2022. With NASA partnering with SpaceX on the Artemis mission, this is likely to actually happen. After a base on the moon has been built, heading to Mars is the next step.

Should the 2022 unmanned mission not work out, the missions will proceed in 2024 as Earth and Mars align about every two years, making it the ideal and most efficient time to travel between the planets. These unscrewed missions will bring roughly 100 tons of supplies, including things like mining equipment, power, robots/drones, and life support systems which will lay the groundwork for humans to arrive a few years later.

Once we get to Mars, Musk is aiming for a self-sustainable city as soon as possible. The only issue would be figuring out how to take large amounts of people to the planet, but it is not out of the realm of possibility.

When Will Mars be Colonized?

As with most things in life, we don’t know exactly when Mars will be colonized.

If we look strictly at Musk’s plan to establish a sustainable city on Mars, then we’re likely to get to Mars in 2026 and the city would be built within a year or two, maybe faster. In terms of full-blown colonization (many people living their day-to-day lives on Mars), we cannot say. We’ll have to see how Mars’ first city does first.

Now, settling on Mars is easier said than done. One of the biggest obstacles to overcome is money. The establishment of a human colony on Mars could cost anywhere from 10 to 30 billion dollars, so who’s paying?

The government certainly won’t pay for it. Until it’s proven next to foolproof, not many investors would be willing to take the risk. Even Elon Musk can’t pay for all of it.

This is where Marscoin comes into play.

Within the past decade, cryptocurrency has exploded in popularity, both by the public and by big moguls, brokers, Elon Musk of course. While cryptocurrency itself isn’t completely reliable and viable, the trust in the crypto market is there. So why not use that to fund Mars colonization?

Marscoin is a cryptocurrency derived from Litecoin and is generally defined as a monetary alternative to Bitcoin. What separates it from other cryptocurrencies is that Marscoin will directly help fund colonization on Mars. How exactly?

Marscoin’s main mission is to be the primary currency used on Mars. Given the fact that the distance between Mars and Earth does not allow for interplanetary communication, people on Mars would not be able to use Bitcoin and other cryptocurrency networks. Marscoin, however, is fully committed to transferring the Marscoin blockchain to Mars once we settle there.

This means that the more Marscoin grows here on Earth, the more money Mars will have to jumpstart its economy and fund essential martian projects.

Can Marscoin Only Be Used to Help Fund Mars Colonization?

No! Not at all! In fact, we encourage you to use it in your everyday life.

This means that when you use Marscoin, you are directly funding the future. One day, maybe, when you walk along the martian surface, you can think to yourself: I helped make this possible.

Where Can You Buy Marscoin?

You can buy Marscoin in a lot of the same places you’d buy other cryptos like Bitcoin or Litecoin. There are crypto ATMs where you can purchase and sell Marscoin. To find one near you, check out bytefederal.com.

You can buy Marscoin online, but there are only a few websites that sell them so your best bet is likely a crypto kiosk.

Can We Colonize Mars?

Yes, we can achieve Mars colonization, and we will. We just can’t do it without you.

Interplanetary civilizations are the key to the survival of humanity. Mars is just the first step. By purchasing and using Marscoin, you can have a hand in our glorious future.

Be sure to find a Marscoin kiosk near you so you can start as soon as possible. If you enjoyed this article and would like to browse and read others just like it, be sure to head on over to our website and check out the rest of our blog. Farewell, Earthling!

Read more trending article, click the link below: 6 Occasions When Aliens Were Spotted on Earth!

5 Things You Need To Know About DSTs