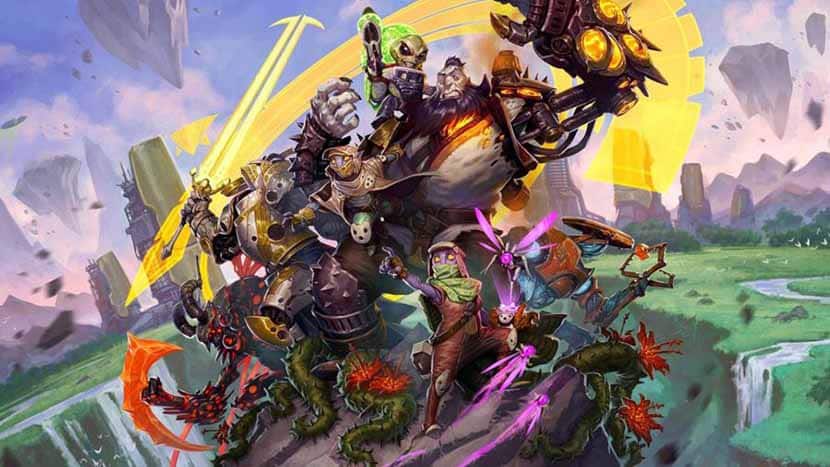 Gods Unchained is the newest blockchain card game that allows players to earn money through playing the game. The project is led by Magic: The Gathering’s previous director, Chris Clay, and is backed by Coinbase, a prominent cryptocurrency exchange. Hearthstone players will feel right at home with the layout and turn-based gaming.

How Does It Work?

Gods Unchained tries to realize the true meaning of a trading card game once again, but in a digital format. Every non-common card you earn in-game is tokenized as a non-fungible token (NFT) which is a digital asset that you can buy, sell or trade with as you please using ether (ETH) as the currency. That means that players actually own their collection, unlike in games like Hearthstone where the cards are simply part of the game. The rarity of the card determines its value, and they can certainly reach very high prices. In February 2019, a mythic card was sold for $62,00, which just goes to show how much a dedicated player could earn. To give an idea of the rarity, there are a maximum 4 mythical cards released in a year, with a one-in-a-million chance of being found.

The Game Store and Marketplace

Players start the online streaming game with 70 cards and a few different decks to play with and learn the mechanics. As you rank up, you earn more cards in card packs which contain a random assortment of cards. You can also purchase new packs and expansions for actual money in the in-game store. The packs one can purchase are Rare, Epic, Legendary, and Shiny-Legendary, which range from $2.49 up to $149.99 in price. Each pack contains just 5 cards of different rarities. One can also purchase chests, which work slightly differently in that players can store them to be opened later, or sold at a later stage when they increase in value.

Individual cards are bought and sold by players on the marketplace, allowing them to seek specific powerful cards to complete their collection, or to make a profit on cards they don’t need. To participate in the card games economy, you need to link it to a MetaMask wallet, where all your NFTs are stored. Once linked, any card or chest NFTs in your wallet are useable in-game.

Each match will have you start with 30 cards in the theme of one of the 6 gods, and 30 health. Mana is used to cast cards from your hand and your mana increases as the game progresses, allowing more powerful cards to be played. The aim is to reduce your opponent’s health turn by turn by using spells, creatures, and strategy. It’s not as easy as it sounds however, when all the cards counter one another, and a good deck has many strategies. There are two unique elements in the gameplay, which are the choice of “god powers” at the start of each game and the “mana-lock” which extends the back and forth of matches that can be lost in other CCGs.

This game is well polished, as easy to access as the Bitcoin payment system and fun to play too, so why not try it out and potentially make some profit along the way!

Solfeggio frequencies – How Can They Benefit Your Life