The female subordinate had an extramarital affair, and the mayor of San Francisco said on  Thursday #MeToo movement does not apply to her. Gavin Newsom is the lieutenant governor of California who was San Francisco mayor, apologized after know that he had slept with a City Hall employee Ruby Rippey Gibney. Ruby was married to Newsom’s good friend and campaign advisor, Alex Tourk. 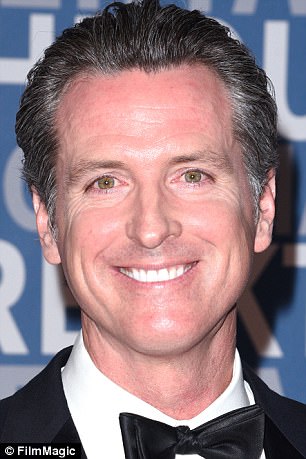 The current lieutenant, Gavin Newsom, apologized after knowing that he was sleeping with Ruby Rippey Gibney in 2007. 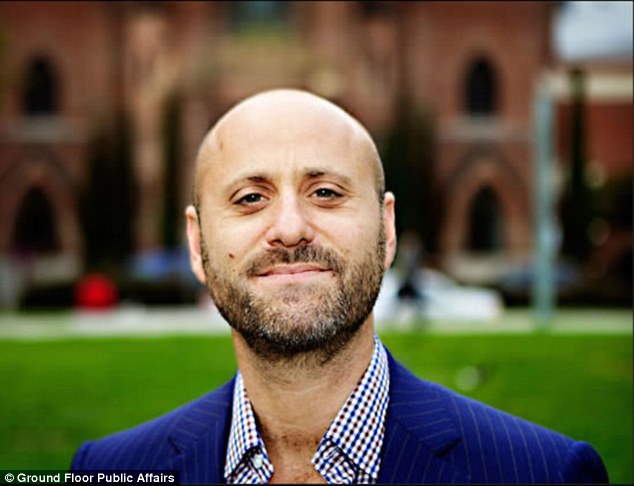 When their affair became public, Gibney’s husband Alex, who was also the Newspom’s campaign advisor, filed for divorce. Gibney was famous as Ruby Rippey Tourk and then became the wife of Ryan Gibney and shared two children.

She wrote in a Facebook post; she regrets the affair because it destroyed her personal life. However, the relationship with Newsom was consensual. Furthermore, Gibney wrote on Facebook, “ I fully support the #metoo movement, but I am doubtful that it applies.”

Also, she said I was a subordinate, and I was also free-thinking; I am 33 years old adult married woman and mother. 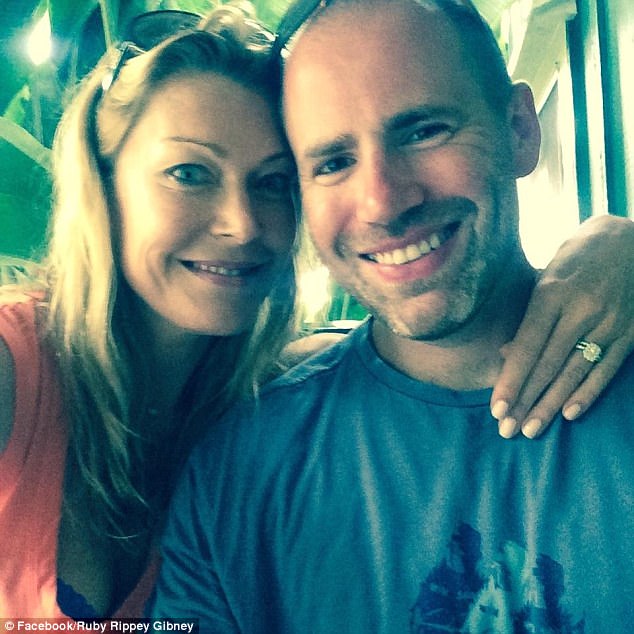 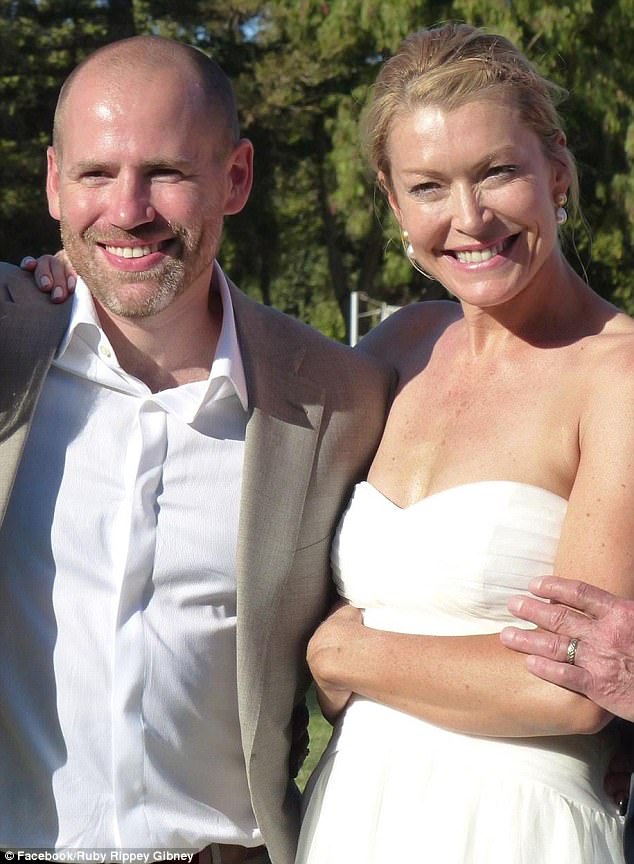 Gibney was known as Ruby Rippey Tourk and then turned into the wife of Ryan Gibney. 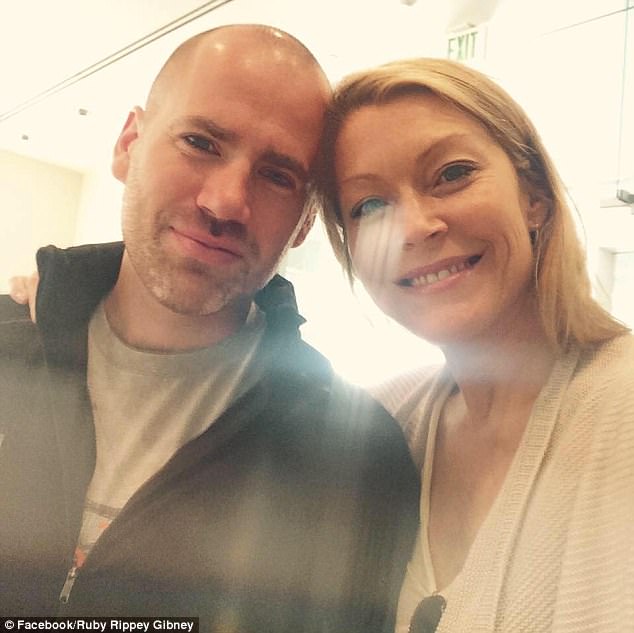 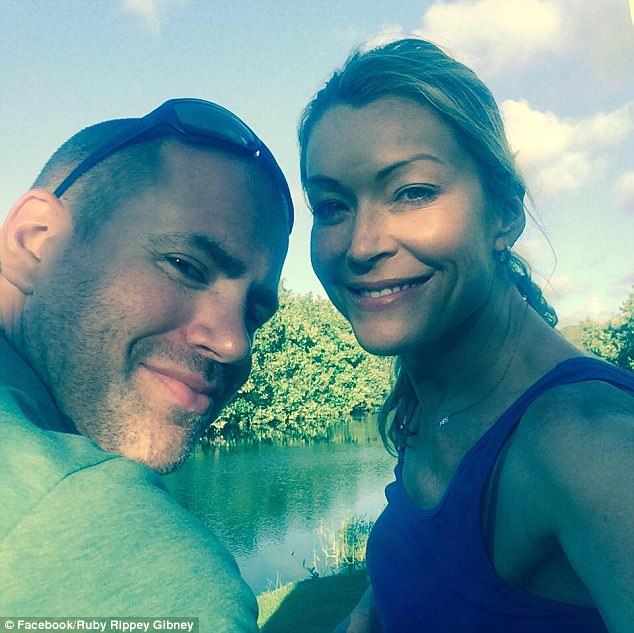 Gibney stated that the affair was devastating to her personal life. It inspired her to quit drinking and maintain sobriety for 11 years. 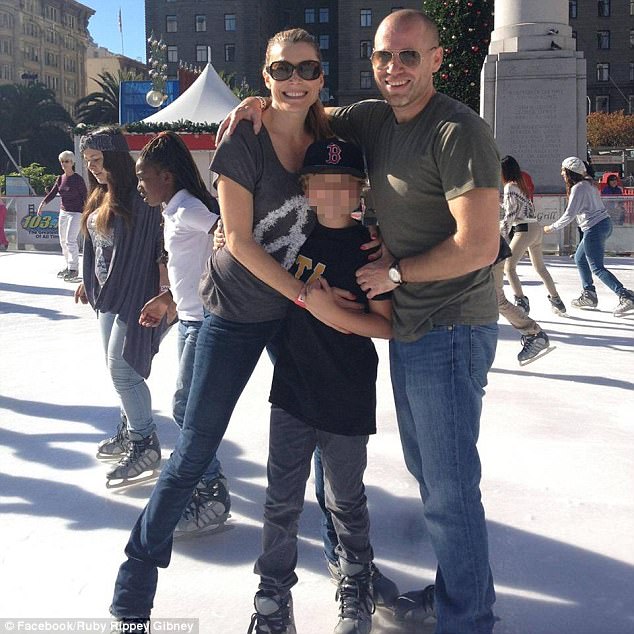 Ruby Rippey Tourk told the LA Times, the Facebook post was not about “absolving” anyone for anything. However, I want to ensure that the #meetoo movement is reserved for cases and situations that deserve it. Newsom is running for governor of the Golden State in elections scheduled for later this year, was asked about the affair in the light of the #meetio movement.

Newsom was asked in front of the audience at the University of San Francisco why voters in California should consider hum for governor due to his past indiscretions.

On this, he said, “ I would say the same thing that I said to the voters in San Francisco Chronicle.” I am trying to be a champion and a model, not only for women and girls but to deal with the issue that we need to focus on that consider the crisis with men and boys in the country.” Newsome said the culture of toxic masculinity is violence in this country. 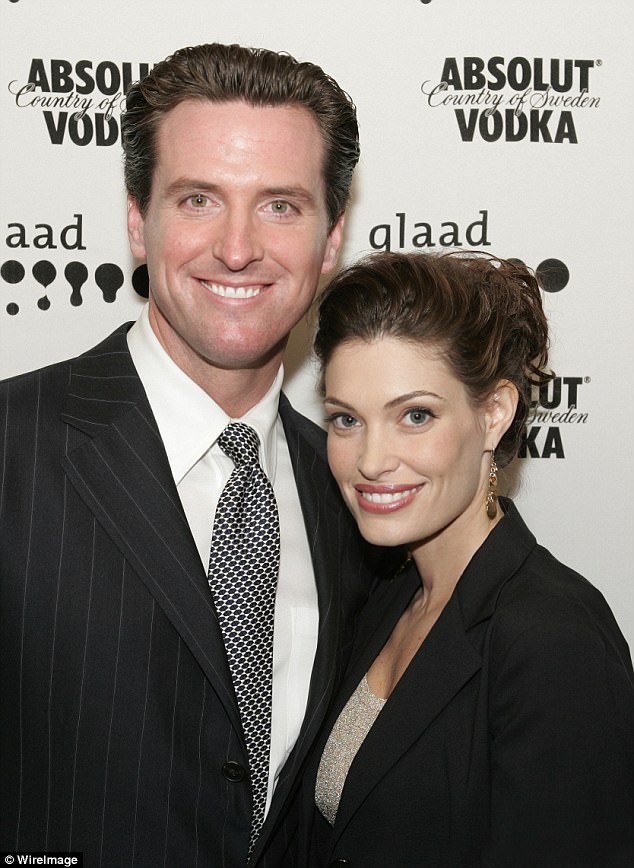 Gavin Newsom was the mayor of San Francisco in 2007, and his wife Kimberly Guilfoyle was the former prosecutor in Los Angeles and San Francisco. Now she is the co-host on Fox News Channel’s The Five. 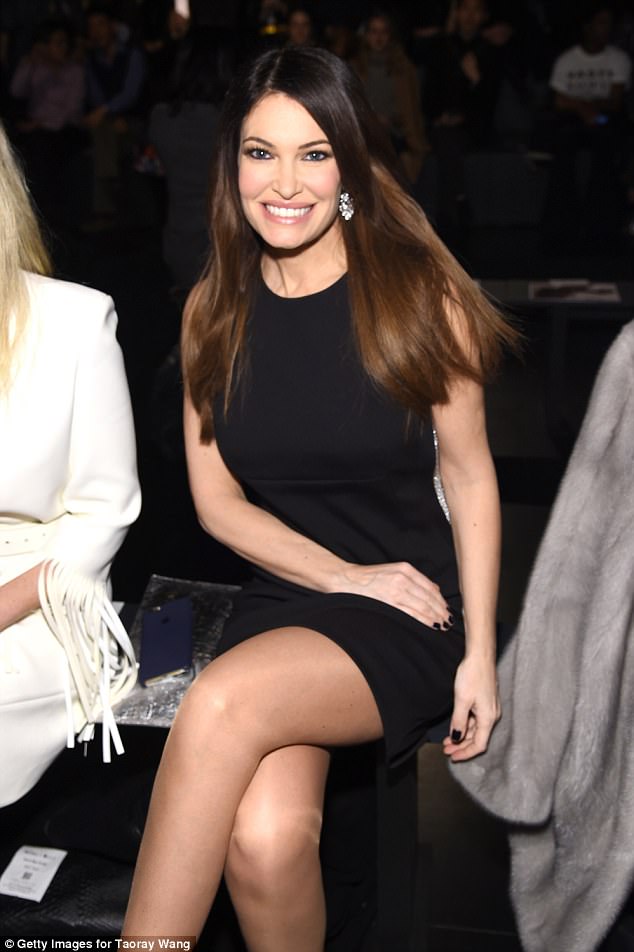 Guilfoyle divorced Newsom in 2017 because of the stress of a bi-coastal relationship in 2007. According to Chronicle, Gibney was spotted hanging out with the mayor as early as 2005.

Gibney worked as the secretary of Newsom and left the job in 2006 to seek alcohol and drug abuse treatment. He declared that he would seek treatment for alcohol abuse. When the affair was public, he filed for divorce from Gibney. She was also given $10,154 for catastrophic illness pay from the city that resulted in an investigation.

Gibney also appeared in a short-lived Bravo reality tv show Miss Advised, about dating and relationships. Guilfoyle and Newsom traveled back and forth to New York for her broadcasting career and finalized the divorce in 2006.

After that, he married actress Jennifer Siebel, and the couple has four children.
Siebel and Newsom tied in the know in July 2008 in Montana. 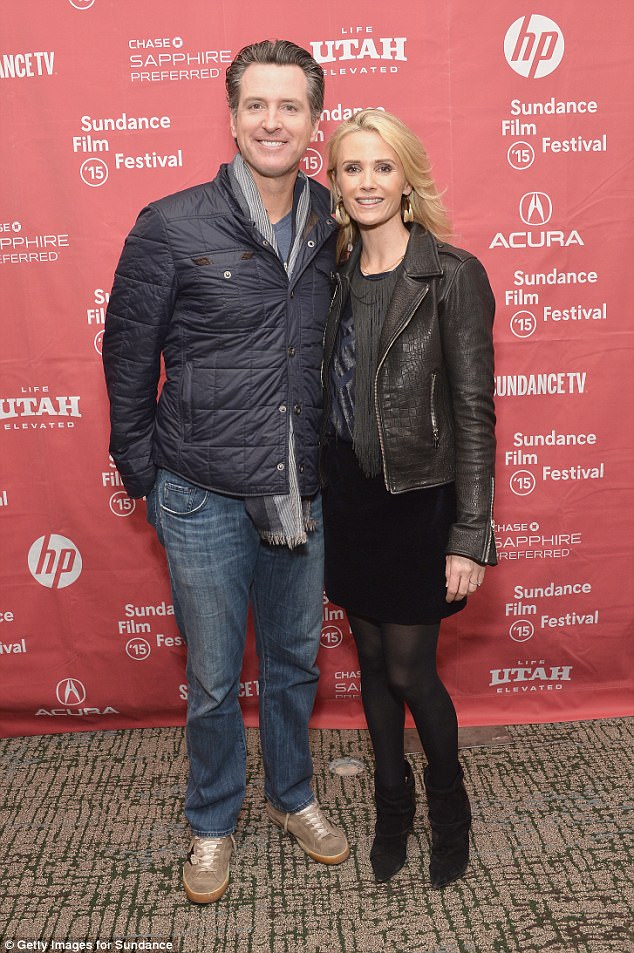 Newsom said Siebel focus on themes of women empowerment and equality. She has played a role in the evolution of the issue of harassment. Moreover, she is so talented as she is also the producer of the award-winning documentary film “ the invisible war.” This movie was all about sexual assault in the US military.

On the other side, Newsom regrets Tourk, his former advisor and friend. He said, I’ve hurt someone I care deeply about, Alex Tourk; that is something I have lived with.”

After the divorce from Newsom, Guilfoyle remarried and then gave birth to only child Ronan Anthony. In the past year, she was linked to Anthony Scaramucci, the financier in the White House. 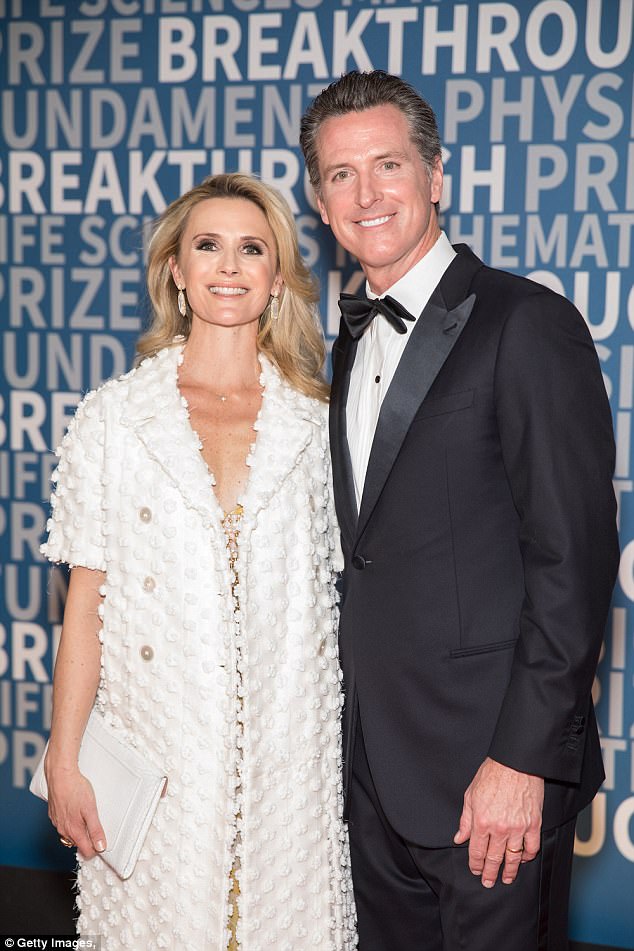 Newsom admires the woman who has come forward to accuse powerful men in the entertainment world and politics of sexual harassment and assault.

In California, many cases of sexual harassment are seen against powerful men in the state of the capital of Sacramento.
California’s authorities conducted almost 31 investigations against male members of the state legislature who accused of sexual misconduct in 2006.

Last week, California’s state Senate revealed the documents that complained about the 20 sexual harassment cases by lawmakers and senior staffers. Newsom as a democrat is considered one of the frontrunners alongside former Los Angels Mayor Antonio Villaraigosa.

What To Do If an Accident Happens in Your Rental Home

Will I Prefer Cannabis or Tobacco?