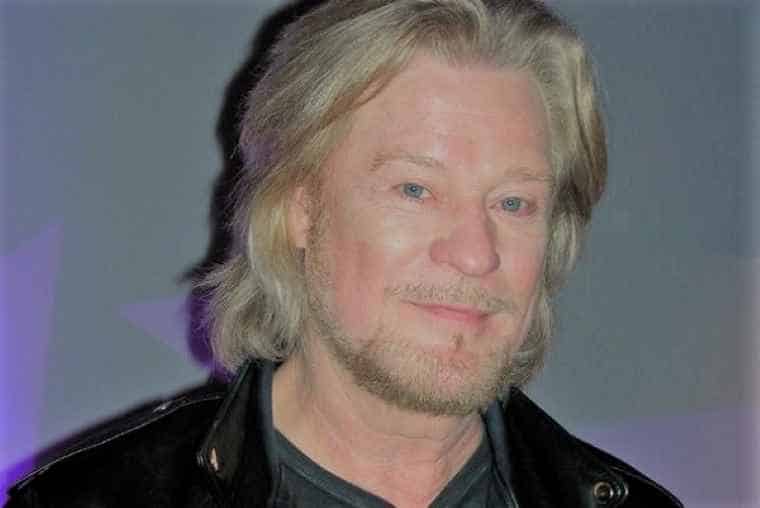 Daryl Hall is an American singer, guitarist, songwriter, and producer. He is living a lavish life under a net worth of $30 million. Daryl is well known because of his popular musical duo Hall and Oates, and its’s more than 40 million records sold out worldwide.

Daryl hall was born on 11th October 1946 in Pottstown, Pennsylvania. His full name is Daryl Franklin Hohl, but he is famous by his stage name Daryl Hall. Daryl’s parents Had a music background as his mother worked as a vocal coach, and his father hailed from a choral group family.

Hall went to study at Owen J. Roberts High School. During his school graduation in 1964, he also continued the education at Temple Universit in Philadelphia, where he majored in music. In the first semester, Daryl and four other students from the temple joined together and formed a vocal group, the Temptones. Well, they also won the singing contest and had the opportunity to record few singles with Arctic records.

In 1967, Hall met his temple Undergraduate student John Oates. At that time, Oates was a fresher, and Hall was a senior. They made a relationship in music and worked together. They signed the first contract in 1972. Hall was a duo’s lead vocalist, and Oates was playing the electric guitar and provided backing vocals.

Oates and Hall released their debut studio album Whole Oats in November. Their two albums, “Abandoned Luncheonette” (1973) and “War Babies” (1974), were Atlantic. They worked on a variety of genres such as folk, Soul, rock, and pop.

Well, their first three albums were not sp successful, and after departure from Atlantic records, they signed on to RCA. This time from the mid-1970 to the 1980s, they broke the records and got fame in their signature musical style.

There is a total of eighteen studio albums that they released, and an estimated 40 million records were sold. They have seven RIAA-certified platinum albums and six gold albums, as well as a 34 hits chart on the US Billboard Hot 100.

Well, Hall also worked as a solo artist on some projects. He worked with guitarist Robert Fripp in the 1970s, in which Fripp’s album Exposure was also included. In 1980, Daryl Hall released his solo album Sacred Songs.

In addition, Hall worked on co-writing and producing the single Swept Away for Diana Ross. He composed the song along with Arthur Baker for the official album of the 1994 FIFA world cup.

Daryl Hall is well known for his passion for preserving the historical homes in The United States And England. He had his reality show on the DIY Net Work, ” Daryl’s Restortauo Over Hall, in 2014.

In these houses, 18th century Bray House in Kittery Point, Maine, a Georgian-style house in London, England, two homes around Hartford, Connecticut are included. Moreover, Hall also hosts the online show in the house, and the show’s name was ” Live from Daryl’s home.” Besides, he also filmed from his home in Millerton, New York

Daryl Hall married Bryan Lubin in 1969, but their relationship ended in 1972. He also remained in a relationship with songwriter Sara Allen for almost 30 years. However, they were also friends even after ending the relationship in 2001. Daryll married the daughter of British gambling mogul John Aspinall in 2009, but this marriage also ended in 2015.

Daryl Hall Net Worth And Other Property

Daryl Hall Net Worth is $30 million with a number of impressive properties. His most famous home is Millerton home located off Huckleberry Road in the town of Amenia. Daryl pieced together the property over many transactions, and the end result was a 245-acre estate.
The main residence is located in Connecticut. He sold out his property first time in 2009 for $16 million, and in 2012, the price dropped to $8.75 million. But he found a buyer in 2013 and added 200 acres to the property. Well, in 2018, he listed a property for sale for $17 million but could not found a buyer.
Moreover, Daryll paid $1.9 million for Bray House in 2008 and saved the home from destruction. After the restorations and renovations, he listed this home in 2013. Daryll owns a 40-acre property in Western Connecticut, and two homes in London, one in Chelsea dates back to the 1840s.
0 481
Share FacebookTwitterReddItPinterestWhatsAppEmail

10 Nursing Specialties to Further Your Career