Cobra Kai Season 3: Here’s Everythimg That You want to know so far! 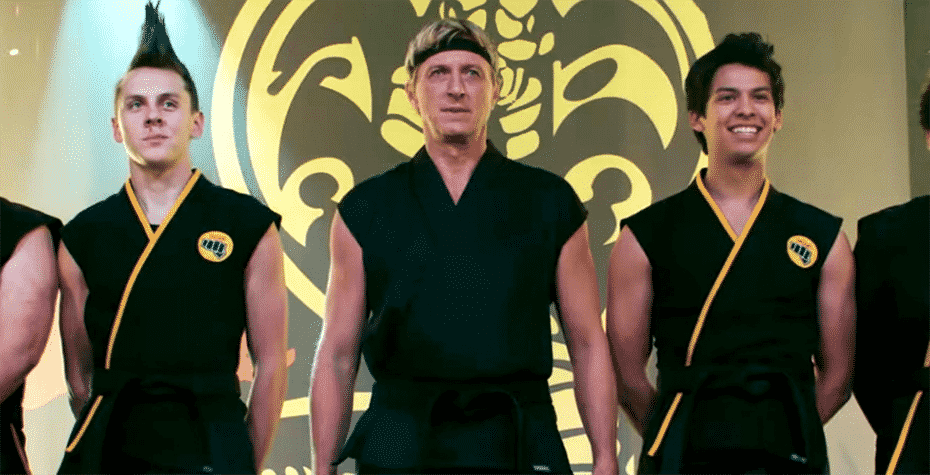 As you know, the two seasons of Cobra Kai have been completed, and the second show has left some cliffhangers. We have reached season 3; let’s talk about everything about the third show.

Fans want to know when the third season will release. All the new episodes will be available on Netflix.

At the end of the second season, we saw the tensions between Miyagi-Do dojos and Cobra Kai. The war continues between the two groups in the middle of high school. Well, Robby delivered a kick to Miguel that saw him fly over a balcony and landing spine first on a staircase rail.

Miguel ended up unconscious in a hospital with Robby on the run. On the other hand, Kreese assumed the control of Cobra Kai, ousting Johnny, and turning his students against him. There is a prediction that if Cobra Kai is star wars, this season will definitely be the Empire Strikes Back.

Who Will In Cobra Kai season 3

When Season 3 will arrive

The third season of Cobra kai will hit the screen on 8th January 2021. The platform will be Netflix, where you will be able to see the third season.

Here you can watch the exclusive clip of the upcoming third season of Cobra Kai.

After reconnecting with Kumiko, Daniel notes that he is the same age as Mr.Miyagi. He tried to figure it out and wish he could be here to guide me.

According to Cobra Kai’sKai’s official synopsis, it “finds everyone in the aftermath of the violent high school brawl between their dojos that has left Miguel in a precarious situation. Daniel searches, for answers and Johnny seels and, as well as Kresse, manipulates his vulnerable state dents with the vision of dominance. Moreover, the fate of every student and sensei kept in the balance.”

Essential Supplements and its Benefits