Most of us have been under the impression that Cannabis was just a fancy scientific term for marijuana. However, Cannabis refers to the genus of the flowering plant within the Cannabaceae family. On the other hand, marijuana, also known as weed/pot, is the common term used for dried leaves, seeds, stems, and flowers from the hemp plant Cannabis Sativa/Indica. It contains the psychoactive chemical delta-9-tetrahydrocannabinol and the non-psychoactive chemical cannabidiol. Now that we have gotten the misconception out of the way let’s look at some interesting facts about the world’s most beloved “weed.” You can buy some from Weed Smart Online Dispensary.

Researchers have found that nearly 42% of people from the US have tried marijuana at least once. Surprisingly, the number stands at 20% for people from the Netherlands, a country where Cannabis has been legal for more than 43 years. In terms of regular usage, Iceland leads with 18.3% of their population being regular users of Cannabis. The USA comes in second with 16.3%, Canada at 4th with 12.7%, while the Netherlands is only 20th with 8%.

Beer and Cannabis are related

Interestingly, beer hops and Cannabis belong to the same family of Magnoliophyta. It’s safe to say that a pot brownie and a Budweiser are treats from the same plant family – the Cannabaceae. They also share a key ingredient called terpenes. Researchers have found close to 30 terpenes in the Cannabis genome, which explains their similar aroma and flavor. Although, this does not mean that smoking a buttload of hops will get you high, sorry!

Everyone knows that Cannabis has a lot of medicinal properties. Research from the California Pacific Medical Center in San Francisco shows that marijuana effectively stopped the spread or growth of several variants of aggressive cancer cells. A compound derived from marijuana, Cannabidiol, forces cancer cells(ID-1) to freeze their multiplication. The sad thing is you can never get the required amount of Cannabidiol for an effective cancer cure just from smoking weed. It has to be medically administered. The studies are still undergoing, and there are promising reports from both clinical and human trials. 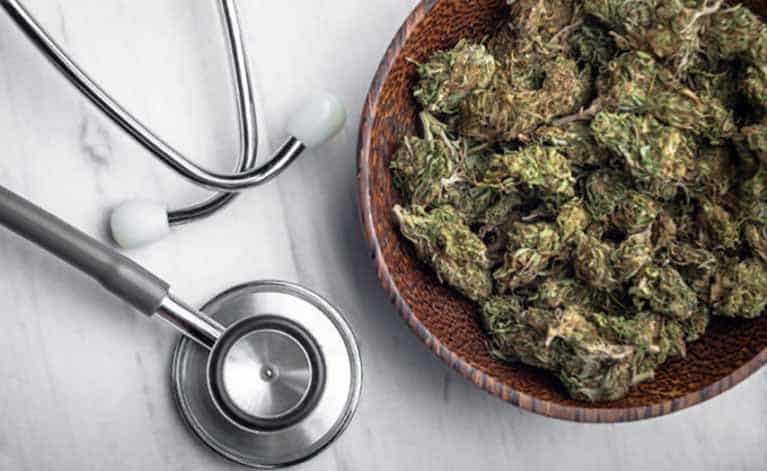 A fun way to hash it out

Hash is a smokeable/edible by-product of Cannabis originating from central Asia. It typically only contains Cannabis trichomes that have been subject to pressure. This pressure results in a more potent product containing significantly more THC per gram.

Read more about how to smoke hash here.

With the rise of e-commerce giants like Amazon and eBay, customers can buy anything on the internet. However, the first item to be sold online was Cannabis! Students from Stanford California and Massachusetts Institute of Technology used their Arpanet(first wide area network) accounts at the AI labs on campus to sell Cannabis to their counterparts. These transactions were carried out as early as 1972 and stands to this day as the first online sales.

It is next to impossible for anyone to overdose on Cannabis. To do so, it would take smoking around 150,000 (~1500 pounds) joints in a 15-minute window, which explains why there haven’t been any reported deaths from Cannabis overdose (according to the Center for Disease Control). Negative effects from overconsumption of edibles, especially due to their delayed highs, mixing alcohol and Cannabis, or abusing products with high THC content, are often misinterpreted as Cannabis OD.

Mexico produces the most

Even though the annual Cannabis growth rate of countries like the USA and Canada is high, it doesn’t match Mexico’s. Mexico grows the most weed in the world, followed by Paraguay and South Africa. Also, its worldwide sales have more than tripled to $10.9 billion between 2014 and 2018. Various wall street outlets suggest that these annual sales numbers could go up to $200 billion by the end of this decade. Mexico is currently debating the legalization of marijuana for medical use. These debates are backed by the ideal conditions for growth like suitable climate, farmers with ample experience, and the lack of taxes for Cannabis cultivation.

That’s not all! An endless list of facts like the invention of the term 4:20, religions that hold Cannabis sacred, the influence of Cannabis on sex, and more reiterates that the public doesn’t know enough about this plant. A lack of public awareness, paired with many misconceptions and drug abuse, has dented its name. However, the rise of online media and investments in research has helped support its various medicinal uses. Hence, we can see more and more countries and even many states in the US edging towards Cannabis legalization.

How Much Does It Usually Cost to Remodel a Bathroom?