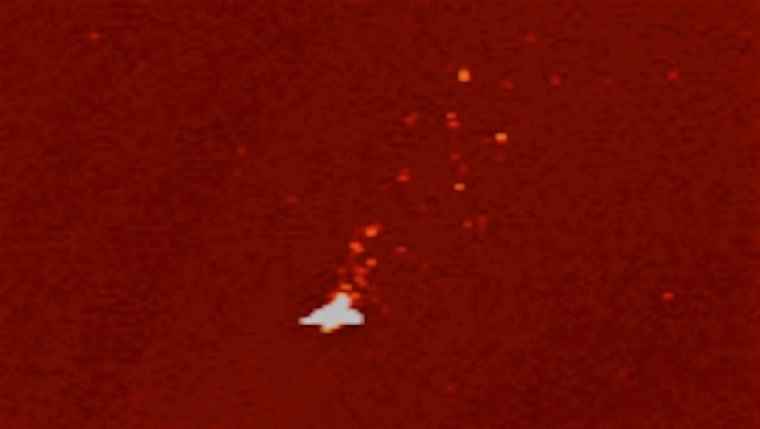 Humans have always been very fascinated by aliens and UFOs. No wonder, we have so many alien-based movies.

Coming back to real life, there have been several alien sightings in the past. People from different parts of the world claim to spot flying saucers, flashing lights from the night sky, and markings on the ground. All these things are believed to be related to aliens visiting our planet. You can read about such incidents on the Global Bizarre website.

In this post, we will take the opportunity to talk about some of the infamous alien sightings on earth. Do give it a read if it piques your interest.

The Lights Above New Jersey Turnpike

This incident took place on 14th July 2001, when drivers in New Jersey took a halt on the roadside to witness something unusual. They were thrilled at the sight of strange yellow-and-orange lights in a V formation over the Arthur Kill Waterway. This incident was reported to happen after midnight.

According to air traffic controllers, there were no airplanes, space flights, or military jets present there. On the other hand, the New York Strange Phenomena Investigators claimed to receive FAA radar data that points at UFO sightings that night.

Back in 1947, Kenneth Arnold, a private pilot, claimed that he witnessed a string of nine, shiny UFOs flying past Mount Rainier. According to him, the flying saucers were flying at a speed of 1,932 km/hr.

Just to let you know this was the first post-World War II UFO sighting in the USA. This incident garnered huge news coverage.

It was when Flight 446 was getting ready to fly from O’Hare International Airport that an employee noticed a dark grey metallic saucer hovering over gate C17.

That day, the unknown flying object was noticed by 12 other people including some other employees and passengers. The flying saucer was spotted at around 4:15 p.m. According to the witnesses, the saucer was in the air for about five minutes before shooting upward through the clouds. Although this became international news, the UFO was not detected on the radar. Due to this, the FAA regarded it as a “weather phenomenon.”

In 2008 something unusual happened in the town of Stephenville when many of the residents noticed unique white lights in the sky. They reported having seen lights in a single horizontal arc and vertical parallel lines.

According to witnesses, the event was similar to the Phoenix Lights sightings of 1997. Later, it was revealed by the U.S. Air Force that F-16s were flying in the Brownwood Military Operating Areas. However, the townspeople didn’t believe the explanation.

In 1947, a press release was issued by the Roswell Army Air Field stating that they had found a “flying disc” from a ranch close to Roswell, New Mexico. But later, they changed their statement and said that it was a weather balloon.

Some conspiracy theorists claimed that multiple alien spaceships had crash-landed and they were recovered by the military. In 1994, the US Air Force once again altered their statement and issued a report stating that the crashed object was a nuclear test surveillance balloon.

The Phoenix Lights were a series of UFOs that were spotted in the skies over the US states of Nevada, Arizona, and the Mexican state of Sonora in 1997.

Witnesses claimed to have seen a triangular formation of lights along with a series of stationary lights in the Phoenix area. The US Air Force claimed the second set of lights as flares that were dropped by A-10 Warthog aircraft.

So these are some of the infamous alien sightings on Earth. However, we are still far away from knowing if aliens exist.