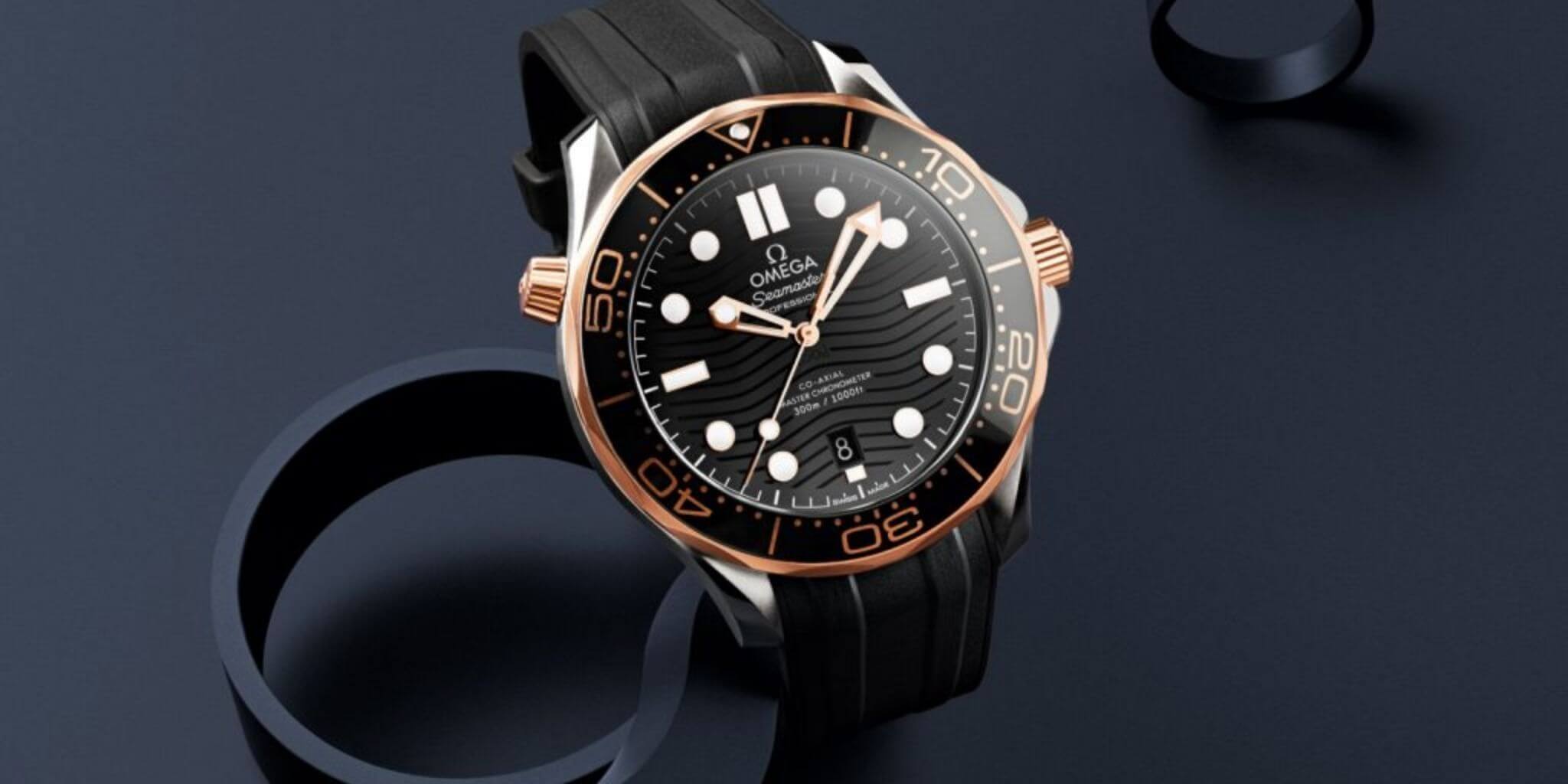 The Omega Seamaster is one of the company’s oldest collections and was created in 1948, inspired by the watches Omega supplied to the Royal Air Force during WWII. The collection has grown dramatically over the years, ranging from elegant timepieces to ultra-rugged instruments. The evolution of the Seamaster over the decades exemplifies Omega’s daring to constantly tweak and experiment, which has led the brand to become the watchmaking giant it is today.

Seamasters continue to be a more elegant and dressy style of a timepiece. It could be argued that only by studying past watches can we learn to appreciate all of the details that modern timepieces have to offer. With such a brand as an Omega and a model as iconic as the Seamaster, this philosophy appears to be more relevant than ever. Here’s a list of spectacular Omega Seamaster watches.

One of the spectacular Omega Seamaster watches for men of style is the Omega Seamaster Diver 300M Black Black Ceramic Watch. Omega has remained true to the original design of the 300M and ensured that the watch meets all necessary dive watch functions. The Seamaster Diver 300M Black Black is not only pleasing to the eye, but it is also easy to read – even in the dark. The integrated black rubber strap with a buckle made of the same material as the case secures the 43.5 mm polished-brushed case in black ceramic to the wrist. Omega’s watchmakers also created black ceramic crowns and helium escape valves. OMEGA has added anthracite Super-LumiNova to the diving scale, black PVD indexes and skeleton hands, and a dot at 12H to improve visibility. Although each of these vital markers glows a different color in the dark, anthracite darkens them to a dark grey in daylight. The watch’s sapphire caseback glass reveals the OMEGA Co-Axial Master Chronometer Calibre 8806, which has been certified by the Swiss Federal Institute of Metrology (METAS) to the highest precision, performance, and magnetic resistance standards.

With these Aqua Terra references outfitted with the Bienne manufacturer’s newest Small Seconds Master Chronometer caliber, Omega effectively doubles down on its most versatile collection. The small second is a simple complication that makes a big visual difference, especially on more minimalist, Bauhaus-inspired watches. its intriguing and distinct design elements, particularly its slatted “teak deck” concept dial and bold, facetted hour markers Everything about this watch holds the baseline established by the standard three-hand references, from the 150 meters of water resistance and the promptly wearable case proportions to its charming personality, all of which make it the total opposite of its prime competitors.

Omega and the James Bond partnership have been style partners since 1995, with the watchmaker supplying Seamasters in a variety of versions and complications to the world’s most famous spy. Omega has created a one-of-a-kind and ruggedly handsome Seamaster 007 Edition for the ninth film in this collaboration, the upcoming “No Time To Die.” The Seamaster 007 Edition reflects the current horological mood. The aluminum bezel and dial have both been given a tropical aged treatment, ranging from standard black to a very dark matte brown, with the dial text and lume fills rendered in a deep old radium khaki. Red accents on the Seamaster signature and the seconds hand add a splash of color, but perhaps the most intriguing addition to the standard Seamaster Professional dial is located directly above the six o’clock hour index. The printed broad arrow emblem has traditionally been reserved for British military equipment. The Seamaster 007 Edition’s 42 mm case has the same shape as the Seamaster Pro, with a few minor differences. The sapphire crystal has been domed here, which adds a vintage touch while also slightly reducing overall thickness. This vintage-inspired piece is available on a Grade 2 titanium Milanese mesh bracelet or a Bond pattern black and gray NATO strap.

Extending its long-standing collaborations with Emirates Team New Zealand AKA ETNZ, Omega released the Seamaster Planet Ocean 36th America’s Cup Limited Edition watch, which has an appealing red, white, and blue color theme and some design touches that are distinct to this limited edition watch. The white and red scale on the bezel followed by the “START” text, the race logo as the seconds hand counterweight, the red strip of lume on the hour hand, and the white dial are all unique to this incredible watch. The blue and red rubber strap are distinctive to this piece, and the sapphire crystal on the caseback is embossed with an America’s Cup logo. Its dimensions are 43.5mm wide, 16mm thick, and 49mm lug to lug. It is 600 meters water-resistant.

Outstanding heritage, strong design, and solid all-around performance, Omega possesses these. Furthermore, it is a great value in steel with a matching bracelet. Not to mention the James Bond effect. It’s no surprise that the Seamaster has become the go-to watch for finishing off any ensemble. It doesn’t matter if it’s casual, formal, or action-packed.

Know how you can make your home stand out from the crowd with these great hacks!